Shame on you Collin Brewer

Shame on you Collin Brewer not shame on Cornwall.
In summary: a Local Councillor in Cornwall said (in the heat of the moment, when knackered and after a stroke that appently affects his temper) that children with disabilities SHOULD BE PUT DOWN. 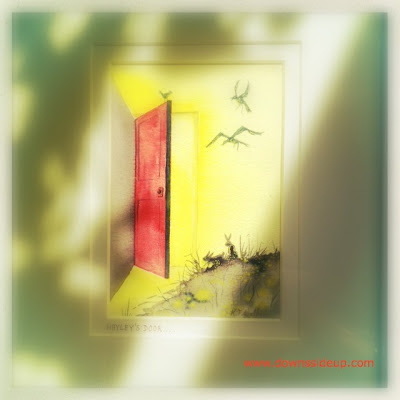 I took a breath, raised my eyebrows and we all urged him to give up his post.
Although many were furious, some even baying for blood, we all know people that say things they shouldn't from time to time. Poor bumbling buffoon we thought, so devoid of love and compassion in his life, so unaware of the wonders our children bring to our lives.

But embarrassing uncles saying things they shouldn't at weddings is one thing, a bigot with a microphone in his hand and in the public spotlight, weilding power, albeit in a small constituency in Cornwall is a dangerous thing.

He and his wife entered a pub for a drink. Those present fell silent and everyone turned their backs. The majority in is town were shunning him.

The fact that he is an Independent candidate (and this is not about politics for a millisecond) means that he is aligned with no particular party and cannot be sacked.
But he did resign (under sufference and a very very hard hitting radio interview with Laurence Reed on BBC Radio Cornwall).

We collectively breathed a sigh of relief, despite his reluctance to go he had seen sense at last. We could stop worrying about the riots that we feared might ignite, those turning up on his doorstep who were less forgiving than I.

He would surely disappear into the ether and lick his wounded pride...

Apparently 3 cards from wellwishers and a handful of local chums persuaded him to join a disability charity, work with local families to make amends, stand again as Councillor.

Now don't even begin to ask which 'well-we-do-the-same-with-our-cows' constituents voted for him (sadly I am quoting one gentleman) but he got voted in on Friday, winning the Wadebridge East seat by a gnat's whisker of 4 votes.

There was a recount. There were boos from some present. The disbelief amongst fellow candidates, journalists and media was tangible.

I can't get angry, I have much bigger fish to fry, but I will play my part in seeing this fool removed from office. For he is embarrassing us here in Cornwall, the world convinced his attitude is 'just part of behind-the-times-thinking which we country bumpkins have down here', which is simple not true.

The community here is Cornwall is nothing short of warm and supportive. Everyone looks out for each other and more importantly accepts each others quirks and differences. Here in Cornwall is truthfully the only place in the UK that no-one ever stares at Natty, then me as if to see how old I am, then back at her to see how 'affected she is by the condition'.

The public at large are outraged by Brewer's arrogance and smugness upon re-election. He is still stating that he did nothing wrong. Perhaps we could forgive and move on if he said he was wrong and deeply sorry. I spent 10 minutes calming down a very angry postman on Friday, who knocked on the door to tell my husband and I how upset he and his wife are for families like ours, how angry is he that smug Brewer is back in.

Then there was the young window cleaner who told me he 'wanted to deck him'. I couldn't possibly comment on that.

The egg farmer thanked me for all I am doing to get Brewer out, because, it turns out his neice has Down's Syndrome and he said I spoke for the whole of his family, saying what they couldn't put into words for anger.

And so you see, the entire cross section of Cornwall is pretty fed up with the bad press this guy is bringing us. Not to mention those who say they won't visit because they fear their children being treated badly on holiday here.

And to those who say 'it was only a throw away comment', 'he didn't mean it' you are agreeing that our children are second class citizens, that such comments don't matter because they have a disability, they are assumed not to have a voice. Well these comments do matter, as much as the terrible racist jokes that filled sitcoms in the 70s as I grew up. They were only 'having a laugh' back then too weren't they...

Already 92% of all babies disgnosed as having Down's Syndrome during pregnancy are terminated by terrified parnets who recieve little or no support in what to expect. Yes Mr Brewer, put down. Do you begin to see why the comments are so real and so painful?

For those who think we campaigning for his removal are sh%t stirring, I guess you have it almost correct. Not stirring, but trying to remove the dirt from our shoes. Freshen up and move on. Sometimes you simply have to make a stand for what is right. When we shine light brighly into dark corners the shadows always become darker, and they usually protest. Read Outshining the Bigots here.

I've written a couple of open letters to Collin, which you can read here and here.

I discovered the online complaints form for Cornwall County Council. Pop over and tick the first 5 boxes, mention Collin Brewer and his unacceptable comment, which was witnessed by Disability Cornwall and mention where you are from. I'm sure we can lodge more complaint than the 335 votes he received.

There's also a demonstration at County Hall in Truro on Wednesday morning if you want to peacefully show your feelings.

My interview with Pirate FM news is aired on Tuesday.

I've written to everyone I know at Westminster and every journalist I have ever worked with and every disability group I know worldwide.

Thank you for your support.


I leave you with Natty's thoughts on the matter Mr Brewer: 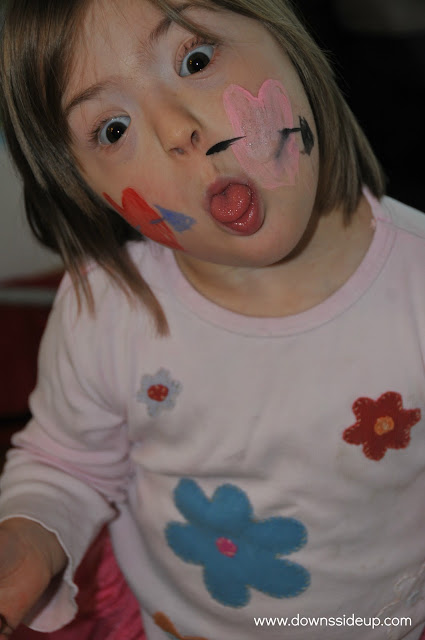 Downs Side Up is shortlisted in Inspire, Outstanding and Commentary sections of the
Brilliance in Blogging Awards. You can vote for us here: