When your husband's idea of an ice-skating session is to sit and smile, photo-snapping smart phone in one hand, fowming hot chocolate in the other, from the non-icy side of the rink fence, a session with 2 non-skaters takes on more of the appearance of 3 Bambi on Ice, rather than a trio of former Olympic champions.

We go every year and I end up a quivering nervous wreck, trying to hold Natty (and myself) up, while hanging on to Mia and a balast filled Penguin and fearing the loss of someone's finger, sliced off by a skate blade.

Anyway, always conscious of the need to let the children take calculated risks, we returned for our first torture session fun on the ice this Winter at the weekend.

Astonishingly Mia was the first on the ice and began happily whizzing round independently, albeit clinging to the side, a blur of funky leggings, a skater girl skirt and leg warmers. Ooooops, when did fashion sudenly become so important!

Natty, who had been given, not a pair of twin-bladed strap on skates this year due to increased foot size, but an actual professional skating boot with only one perilously narrow blade between her and the slippery ice. My chest began to tighten, not too sure of how this was going to go. Natty is just Natty but the worrying side of my brain thinks of weak necks and hypomobility and tantrums on ice.

Never one to miss an opportunity for a little spelling and reading practice though, Natty got
to know her Penguin chaperone's name: 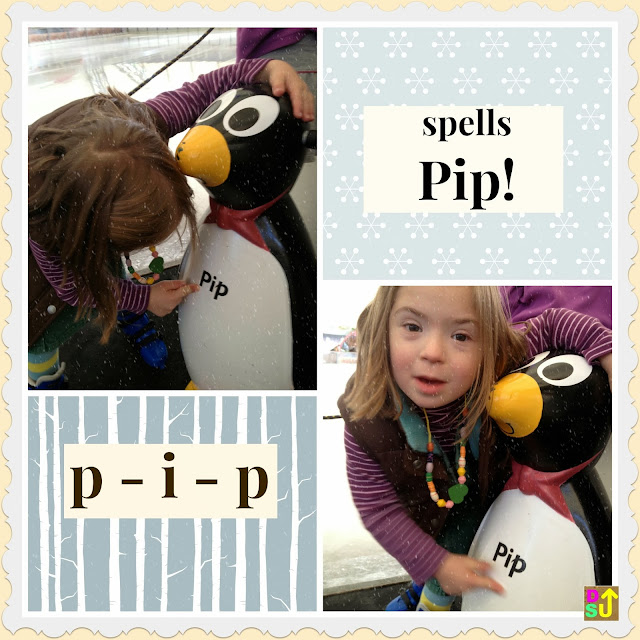 Well, the rest was a breeze.

We sailed around, much like Torvil and Dean, ice crunching in our wake. Natty managed without me, occasionally asking me to add a bit of oooomph once in a while, just for adrenaline's sake, to bring a little speed to the proceedings. More or less, we were stars in our own eyes.

Just for an afternoon... 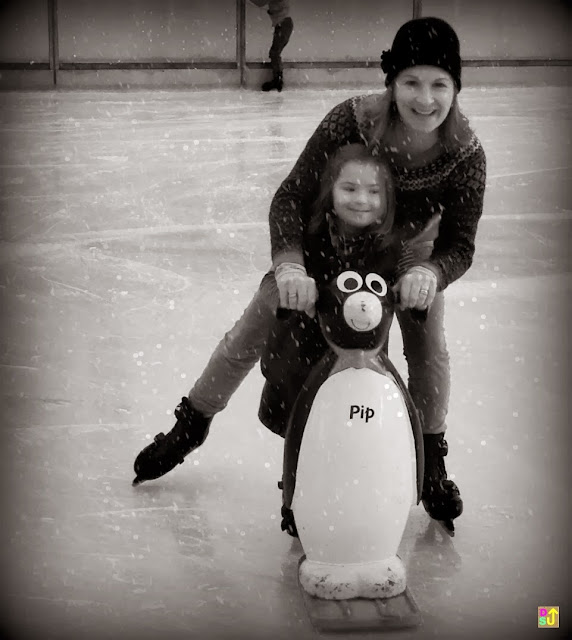