The Sunday Times ran a vital story today: that abortions of foetuses with Down's syndrome are being hidden, and recorded as social abortions in their hundreds each year.

Those of you who follow this blog, will know that this is a a subject that I am passionate about exposing. When I gave Evidence in a Parliamentary Inquiry into the current disability abortion law in Westminster, the evidence, the anecdotes, the facts and figures, the shady discrepancies of data between organisations, the gentle push on women to terminate, the subtle language that presents that as the only option made a very profound effect on me.

I became determined, alongside many other passionate parents and support groups, that every parent should be given unbiased facts before making an informed decision about continuing their pregnancy or not. They should be fully supported whatever their decision, but all too often this is not happening. 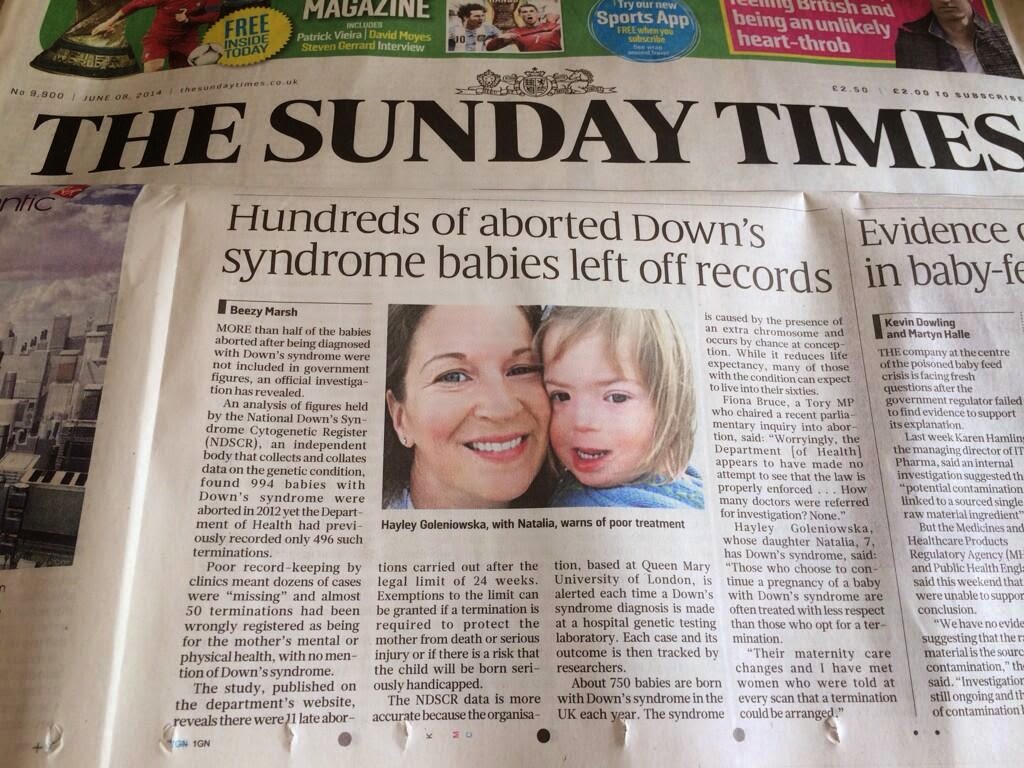 I have always known of the 92% termination rate of babies with an antenatal diagnosis of Down syndrome and I think this reflects less a choice on the mother's part, but instead points to all a woman's options not being presented equally.

I have written about this in more detail in Are We Being Fed a Sugar-coated Disability Abortion Lie? The one where we think we are excercising a choice to terminate, but where actually it would seem that the choice to keep a baby is being discretely removed from under our noses. It takes someone strong who knows their mind to refuse screening or continue a pregnancy against medical advice, yet of course this does happen. 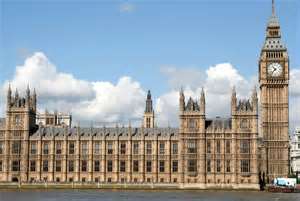 On Friday I received a call from Beezy Marsh, a freelance journalist I had met at the parliamentary inquiry, amongst other experts giving anecdotal and statistic evidence. She has dedicated much time in her career to uncovering these uncomfortable facts, and today for the first time she has published them in the highly respected Sunday Times newspaper. A piece on the same topic followed in the Mail.

As someone who comes into contact with 1000s of parents with a child with Down' syndrome online each week, many of them at a point before, during or after making a decision about testing and termination, I was asked for my thoughts and a quote. We chatted at length on Friday evening, and are both proud of today's piece, albeit cut shorter than we'd hoped.

At least now the discussion is on the table, but just why are these terminations not being recorded accurately? Is it at the mothers' request? Is it to spare her feelings in some way? Or is it part of conscious veil drawn over an all too controversial attempt to weed out 'imperfect' members of our society? Is it perhaps a more carefully planned strategy to eradicate individuals that might be perceived by governements as 'costly'?

I hope that from here we can move forward to support parents better, and perhaps remove the fear some harbour about Down's syndrome. Perhaps we can bring attitudes into the 21st Century. I can live in hope.

You can read the encouraging all party parliamentary report and its recommendations for law change and support for families here.

You can read the DSE blog on the stats here.