Cancelled Tonsil Op at the Crack of Dawn

The empty anticipation of the 7am hospital carpark.

Mia was at home having breakfast with her Godmum, nervous herself and demanding that she come too,  in only the way a 9 year old understands how to show her concern for her little sister. We parked up easily and unloaded the coolbox of delights, the ridiculously overstuffed overnight case (I hate to be unprepared for all eventualities), and of course Dolly the rag doll who had been helping us role play the tonsil operation that was due to take place later that morning. The preparation had been thorough and we were as ready as we would ever be.


We entered the hospital, Natty, Dolly and Daddy Downs Side Up a little ahead.
The same hospital he proudly carried her into ahead of me after we were blue-light-dashed there minutes after her birth in our family bathroom. The same nerves wracked our bodies now as they did then. Different fears, but no less physical in their manifestation.
The place holds memories.

Our hearts too were carrying the imprints of the heart surgery of 3 years before. A different hospital that time, but the thought of carrying our littlest one into another operating theatre and watching her succumb to the anaesthetic before our eyes was all too raw. The feeling of trusting another human being implicitly with your child's life is one that makes all parents feel so very powerless.

On the outside we were overly, chitty chatty jolly, in the way nervous parents are when they are putting on a brave face for their children. The tears welled in my eyes though as I asked if Dolly was being a good girl, if Natty had seen the lovely painting on the wall, if she would like a fruit bar when we got there and a play in the lovely play room?

She told dolly how brave she was. And I wondered just how brave Natty would be when the time came, flashbacks of previous traumatic blood tests, her little body pinned down by 3 adults, filling my thoughts.

We were the first to enter the ward to surprised looks from the staff nurse, a wonderful woman who had me us for the pre op checks the week before.

"Oh, you're here?!"
"I thought they were going to postpone Natty's op."

No, surely not.
No-one had called, there had been no letter.
We were ready.
Time and emotions and money and days off and enlisting help had been invested.

My mouth managed to ask why. My husband stood fuming but saying little. We both knew that we must not pass on our annoyance to Natty.

It transpired that a series of miscommuniations and lost and delayed letters had resulted in the need for Natty to have an anaesthetist and surgeon with specialist knowledge not being flagged up until the last few days. Both of the necessary professionals were in fact on holiday. If it hadn't been for this amazing staff nurse listening to my concerns for extra care in the previous weeks, then it might not have been flagged up at all.

We left swiftly and hurried home, a bit shocked to be honest. Once home we found the letter detailing the change, in our letter box. It had arrived the previous afternoon and hadn't been spotted amid the packing and treat-purchasing activities. Post had been the last thing on my mind.

There was nothing we could do. So we told Natty it had been another practice, that she and Dolly had been really good girls. A hearty breakfast and a handful of chocolate buttons were consumed and there was still enough time to get her changed into her uniform in time to deliver her to school for 8.50.

The very silver lining to all of this was that Natty was able to go on her school trip with her classmates that day. And attend the end of term festivities. And go to the beach with us after school for a picnic, for that really had been the hottest week of the year.

And quite frankly who wants to be on a stuffy hospital ward with a sore throat when you could be having so much more fun! 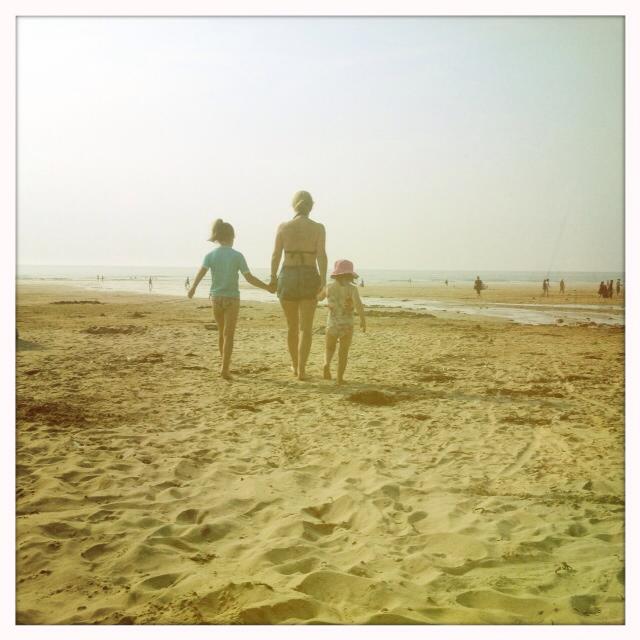 We have a new date for next week now, and all will be well. The preparation hasn't gone to waste and the treats are still waiting. Natty's safety is paramount after all, never mind a little inconvenience and I am thankful that she will have the correct team waiting for her when she gets there.

Thank you all for your well wishes and kind thoughts. 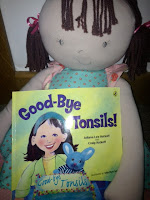