The Common Links We Share: Parents Around the World 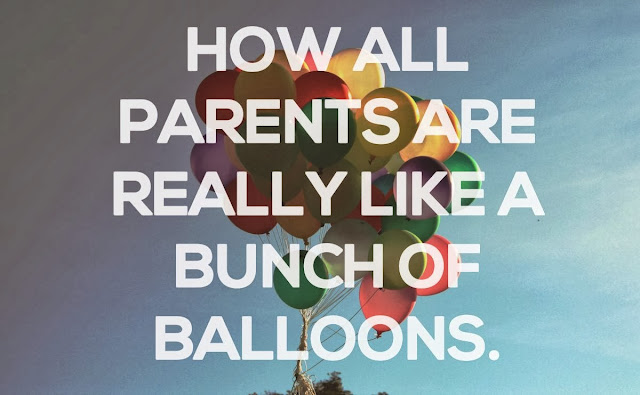 What Does A Mother In the UK Have In Common With Mothers In the United States? Our Little Model
I sat myself down with a cup of Earl Grey tea and began thinking. Thinking about Noah's Dad Dot Com's audience, where this guest post was destined and dear reader, and I began to feel nervous that I might not find anything to say that you could relate to.
Would you see through my writing with its strange spellings of ‘colour’ and ‘realise’ that my computer tries to correct, past my quirky little jokes, to the person beneath that is me, a slightly eccentric little English woman, with my smallish car that prefers to be driven on the left, and my compulsive urge to say ‘trousers’ instead of ‘pants’ (which are something else entirely to me! But we won’t go there...). Past all of that to a campaigner, a blogger, a passionate parent just like you.


Would you wonder if I’m drinking my tea with my little finger aloft? Would you ask yourself if I’ve visited the dentist this quarter? Will you want to know if I cause trouble at football matches or, conversely, if I look like a modern day Mary Poppins? (Well, come to think of it there are similarities…) Will you want to know if I’m friends with the Queen? (I’m not by the way, but I did attend a Royal Garden Party to drink tea in her backyard recently, which was a rather proud moment.)
But then, right there I had made an assumption about you, my American friends, I had drawn upon a ridiculous stereotype of what I think that you think my differences are, and in doing so I was guilty of keeping the preconceptions alive.
And then, right there I saw my starting point.

“None Of Us Are ‘Standard Issue’ Down’s Syndrome Parents”

For just as I am no more the ‘typical’ ‘average’ ‘norm’ of a Brit and you are not a cookie-cutter American, none of us are ‘standard issue’ Down’s syndrome parents either and our children won’t conform to a certain type either. Natalia and her sister!
Children with Down’s syndrome (yes, yes, I know! that’s how we write it over here) are of course as individual as their families, their cultures, their church groups, their communities and schools.
And at the root of it all we are unique individuals with our funny little habits and ways of doing things, our likes and dislikes, but we do all share the human spirit, the common experience of life, those primal feelings of pride and love and fear that come from the heart and not the head.
Not all of you will have felt the fear and desperation that washed over me when we passed from the blissfully ignorant, arrogantly complacent time before Natty’s arrival, into the world of Down’s syndrome.
Not all of you will have had the ‘bad news’ about the diagnosis broken to you by a consultant using hushed embarrassed whispers, accompanied by tears and sorries from your midwife, while your baby was out of sight and reach. This after hours not daring to ask because you dared not ask about what you naïvely thought was your worst nightmare and your brain could absolutely not formulate a question because you were terrified of hearing the answer.
Many of you will have shared the helpless feelings as you put your child’s life into the hands of a heart surgeon, a medical angel of the highest order. You will understand the fear that crushes your chest and makes it hard for you to breathe as you pace the corridors praying for your child’s life, waiting for the call that the surgery is over.
Some of you might have been lucky enough to know and love someone with Down’s syndrome before your wonderful children entered your worlds. How I envy you. How I wish I have known then what I know now. Natty has been an amazing teacher and has taught me well, but it took precious time to learn what life is really all about.
I cannot turn back the clock, I cannot go back to those early days and simply see Natty for the beautiful and vulnerable baby she was, our miraculous daughter, as she lay in an incubator fighting for her life, unaware of the stigma attached to her extra chromosome. But I can make a difference for other new and prospective parents. I can melt away the fear and buy them irreplaceable time, time to bond a little sooner. I can tell them that their children have exciting and full lives ahead of them for the world is their oyster. Likewise I can advise doctors on how better to deliver unexpected news, but never bad, and provide early support for new parents and siblings.

And this is where we all share one important thing in common, for as different as we all are we all want the very best for our children and young people in our care. However we started this journey, none of us could be prouder of our children, nor would any of us want to change a single hair on their heads. We all want to dispel the myths that continue about Down’s syndrome, take away the fear and ignorance that surround it, remove the false stigma, stop prejudice and support other parents further behind us on the journey.

A Few Down’s Syndrome Myths We Hope to Debunk

I’m sure you’ve heard some of these, or similar in your time as a parent.
Alongside wanting to join together to bust these myths we all want to shout from the rooftops that as much as our children might have certain traits, characteristics or hurdles that they share, they are not defined by their Down’s syndrome. I never show my hurt if someone if unintentionally insensitive. I simply draw them in to chat and leave them a little more educated. That’s not to say I haven’t run back to my car and cried on many an occasion though.

In The End, We’re Really All Just A Bunch Of Balloons And as I made my notes for this Noah’s Dad post on the back of a sheet of Natty’s colouring in, I noticed I had drawn circles around each key idea with squiggly lines going from one to another. They looked like a bunch of balloons!
How very like a bunch of balloons we all are I thought to myself! Each a different shade or colour, some larger than others, some flying a little higher, other cushioning and supporting, holding their neighbours high, some visible, some anonymous within the group. We move in the wind together but none in exactly the same way. Without one another we don’t have the same impact.
The world of blogging and online support groups is an incredibly small one. It’s so very easy to make contact and help one another online and geographical distance is rarely a barrier these days. And for the support and love from across the globe, I thank you all, my fellow balloons.
Bio: Hayley’s blog Downs Side Up has been voted top DS blog in Europe two years in a row. Her daughter Natalia is a clothing model and she campaigns for ad inclusion. Hayley aims to gently change perceptions of the condition and support other parents through her writing, lecturing and training teachers and medical professionals, as well as campaigning at parliamentary level for changes to the disability abortion law. She can often be spotted giving national TV and radio interviews, and is the Britmums Special Needs editor, a Mencap Charity Mumbassador and writes a regular column for Special Needs Jungle. She has published a book and a set of support cards for new parents.