New Dad Talks about Life with Down Syndrome

A few months ago I recieved a beautiful email from Matt's wife Laura. It was the sort of email that makes me realise that I am not writing into a vacuum and that DSU is achieving what I set out to do, to support new parents, let them see that life with Down's syndrome will go on pretty much the same as it did before, only better, despite the health setbacks. I never share emails or comments that are sent privately, but Matt has penned this piece especially for you dear reader. Meet the Horsnells: 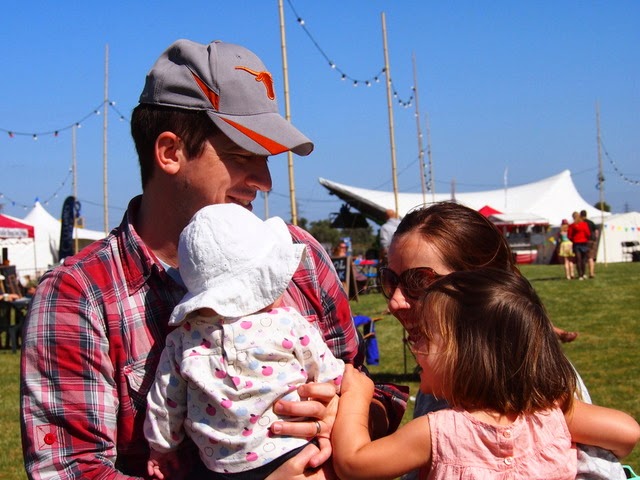 I’m new to this…
October is Down’s Syndrome Awareness Month in the US, and many people, some of whom I’ve got to know remotely over the past 8 or so months, have been penning excellent blogs focussing on what DS is, and what life is like for children and adults with DS, and for their friends and families.
One of these people is Hayley Goleniowska. I’ve not yet had the pleasure of meeting Hayley and her family, and the chances are that I would not have even heard of Hayley but I have. I have for two reasons.
The first is because my daughter, Ada, who was born in February this year, was diagnosed postnatally with Down’s Syndrome. Like most couples expecting their second child we were excited, fairly relaxed, and slightly anxious about the onset of life with two children under two. I was expecting a little less sleep, possibly some jealousy from our eldest having to share her mum and dad for the first time, and another couple of months of intense nappy changing. 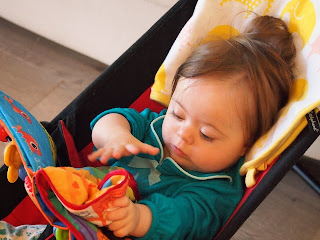 What I wasn’t expecting was that our baby would be born with DS. Not that it is relevant, but since everyone asks (and please do stop asking parents of new babies) we did have the run-of-the-mill screening, we were considered low risk, and I should imagine like most people we didn’t think anymore of it.
I didn’t even think about it when our baby was born. The birth was incredibly smooth, labour seemed easy enough (from where I was sat!), and Ada was delivered into the world with her amniotic sack intact, something the midwife instantly told us was good luck.
Looking back now, I’m not sure if I started to suspect that something was wrong during the night or during the next day as we were waiting for the all clear to leave the hospital. Her hearing was fine and she’d had some basic tests. Then there was some scuffling by the midwives that they were waiting for someone to listen to Ada’s heart again, as there was a suspicion of a murmur.
What followed, predictable though it is as you read this, came as such a shock to us.
We were told that our daughter in all likelihood had Down’s Syndrome.

I have never and probably will never feel again the gut wrenching, heart aching flush that took over me in that moment. I could probably tell you exactly what all the doctors, nurses and midwives were wearing, who was standing where and what was still left to pack into our hospital bag such is clarity of the moment when we were told. I won’t dwell on it here, suffice it to say that we were told it straight. It even made some sense when they said it, after all our baby had seemed a little weaker this time, she’d not latched on very well, there was some concern that her eyes were a little puffy and she became incredibly dry during the night. 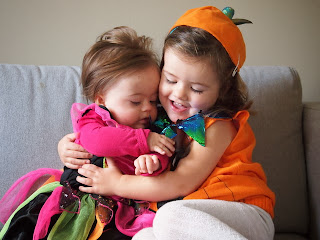 Looking back, I’m not sure if it was my ignorance to the facts, or that I was suppressing something that I didn’t want to accept. Either way I have never had the earth pulled from under me so quickly as I did that day.
In the hours, days and weeks that followed I did my best to try and understand what Down’s Syndrome really is and what the realities for my daughter were. We are incredibly lucky to have a loving family who really rallied around. My sister and her husband in particular had, to my on-going pride, been very involved with Scope and Mencap for some years and so instantly knew in which direction to point us. We had soon located the very aptly named, Cambridge Baby and Children with Down Syndrome Support Group, and I’d received a second hand copy of Andrew Merriman’s A Minor Adjustment through the post, sadly it is out of print. [A Minor Adjustment has just been released on Kindle - H]
The other source of information we had during the early weeks were blogs, which leads me on to the second and true reason that we have heard of Hayley. Hayley is such a strong advocate for Down’s Syndrome and it was probably through a google search of “Down’s Syndrome Support Blog” that we found DownsSideUp.
Although I had been able to read the literature the hospital had given us, and had managed to read most of the Down Syndrome Association's website for new parents, it was Hayley's blog which instantly struck a chord with my wife Laura.
Laura had been unable to read anything about DS in hospital until I read her Hayley’s posts. Hayley, like us has two daughters, seemed genuinely nice and was actually getting on with living. I read many of her posts to Laura and we cried out loud together, partly through realisation that we were not alone, not unique, and partly because her blog offered hope, and happy photos and stories as well as facts.
Like Hayley and many, many parents we had our initial problems. Ada had very dry cracked skin, for which we were prescribed pure sunflower oil, olive oil brought her out in a rash, yes we experimented! We had 5 weeks of feeding through a nasal-gastric tube, which was tricky at the best of times, and incredibly, arm achingly slow, but Ada was feisty and really didn’t want the tube in. So, despite being desperate to get out of the hospital after our 8 day marathon just a few days earlier, we started then what has become regular trips to Addenbrooke’s Hospital.
This an extract from an email I sent to my family at the time that sums it up well:
“Ada discharged from neonatal care, as all going well, and had put on another 100g on Wednesday (@25gms/day) so we’re up to 7.5lbs. Now responsibility of health visitor and early years support team.
Lots of appointments arranged... genetic counselling, foetal medicine counselling, counselling, physiotherapy, speech therapy, bonding and attachment therapy, portage, ophthalmologist, heart scan, hip scan, repeat thyroid, baby massage, child development team and last but not least the standard six week check next week."
Fortunately things have calmed down since then and Ada is now nearly 9 months old. 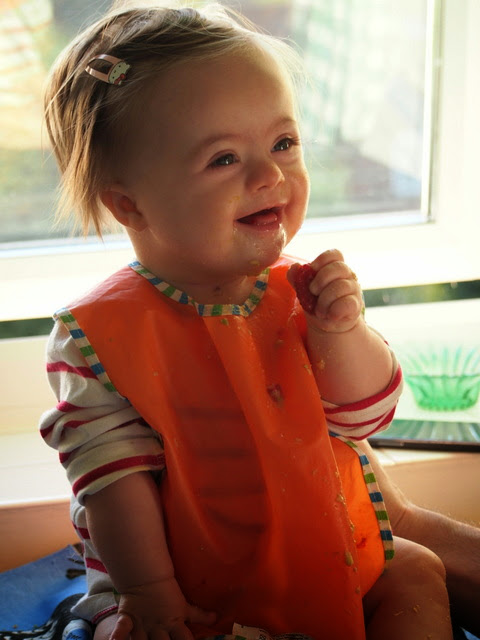 She loves going to Yoga with Mummy, and she started swimming lessons with me a month ago. She is happy and healthy and is the apple of her sister’s eye, who quite often states with pride “You is the best friend for me ever!”. Ada was fully breast fed for 6 months and is now enjoying solids too. She is sitting and just this week started to clap.
We’ve been on a family holiday and, albeit small-scale to the Norfolk Broad’s this year, we’re determined to tackle flying abroad next year if we can. We’ve been camping at a music festival and we’re just about to move house.
I mention all this, because we nearly lost sight of it all 9 months ago. It just didn’t seem possible. How very wrong we were.