Little Red Riding Hood: A hero with Down syndrome

in a quiet clearing in a faraway wood, there lived a wise, brave and beautiful young lady named Natalia. Because of her fondness for dressing in a velvet cape of crimson rose, and a frock adorned with pictures of her favourite woodland friends, she became known by all who loved her as Little Red Riding Hood.

Little Red Riding Hood had fought valiantly to become strong, overcoming battles of health and development with a smile. And each day she worked as hard as she could to learn the skills she needed to go out into the big wide world by herself, and each day she drew others in with her humour and vivacious spirit, so that she could teach them all about her inclusive community, her determined family, her zest for life and her famous way of turning Big Bad Wolves into the gentlest of puppies. 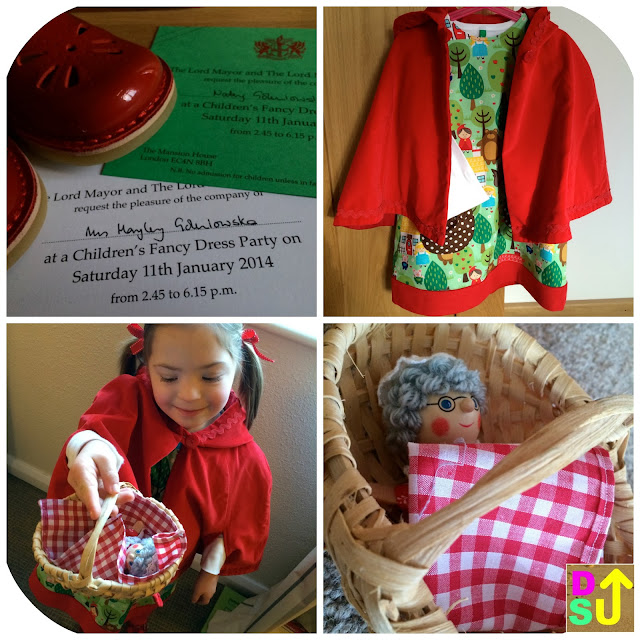 Now news of this caped crusader had reached the most powerful rulers of the land. They had never met anyone like her before, but as they too had a penchant for dressing in strange costumes, they decided that they were probably more alike than not. So they invited young Little Red Riding Hood to their enormous palace for a most grand party.

Her mother was worried, she warned Little Red to be on her best behaviour, not to lose herself in the labyrinth of rooms, to keep ice-cream from falling on her garments, but the little girl simply smiled with a twinkle in her eye that said "I will simply be myself. And I will treat each person I meet as an equal" for that was her wise mantra in life. 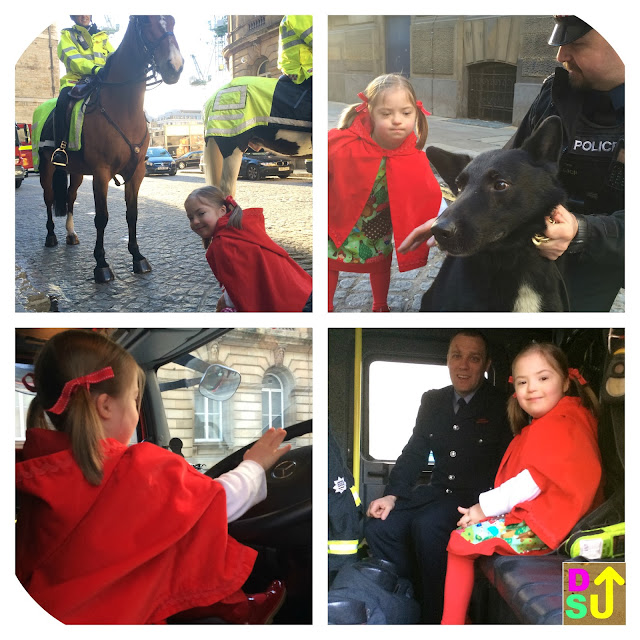 They were welcomed at the palace entrance by guards riding unicorns, others with huge red carriages that she was allowed to climb inside, and one even had a big black wolf which Little Red immediately tamed.

The festivities were like none you have ever seen before. Children were summoned from all over the land, each one different and each bringing their own fantastic tale and dressed in a magical costume, yet none, save for a lone handsome knight, were as petite as Little Red. She had travelled long and far, and was so very excited, as she loved nothing more than meeting new people and showing off her wonderful cape. 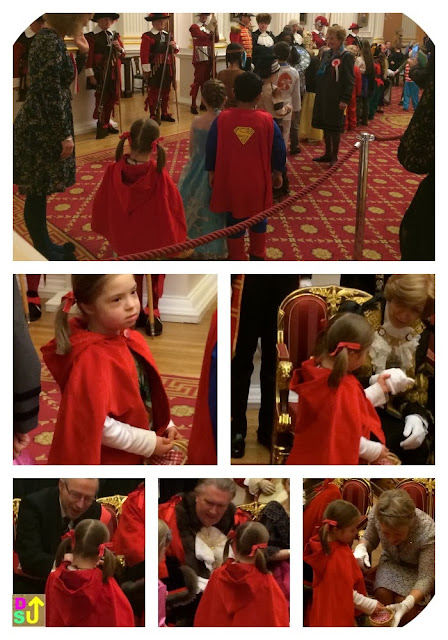 Once inside the palace, the invited heroes joined a formal line and were led away from their chaperones to be introduced to their hosts. Little Red took the task most seriously, for she knew how delighted the dignitaries would be to meet her. She allowed the Lord Mayor (a gentle Wolf herself*) to take her hand, smiled as her consort bowed before her and showed everyone her little picnic basket, complete with red checked napkin, so often used for woodland tea parties with the squirrels. 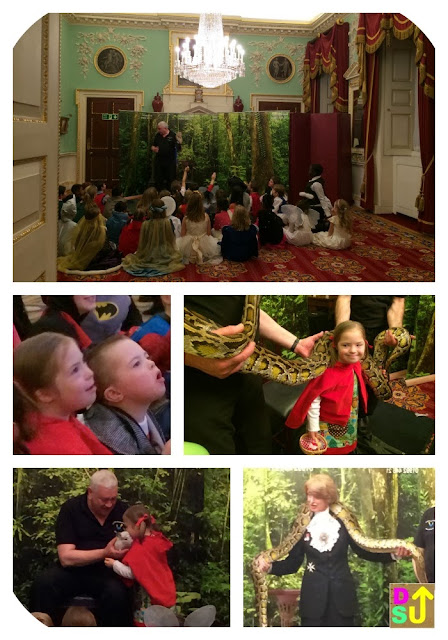 Little Red Riding Hood spent the afternoon singing and dancing, eating rare delicacies, fearlessly charming exotic animals and entertaining those she met with tales of how the Big Daddy Bear snores and how the Princess sleeps all night in her own bed. She chose the adults wearing the most impressive costumes to be the recipients of these colourful yarns and she even treated a few of them to having a portrait made with her. Eventually, she chose a chair that matched her cape, and settled herself down on the throne where she rightfully belonged. 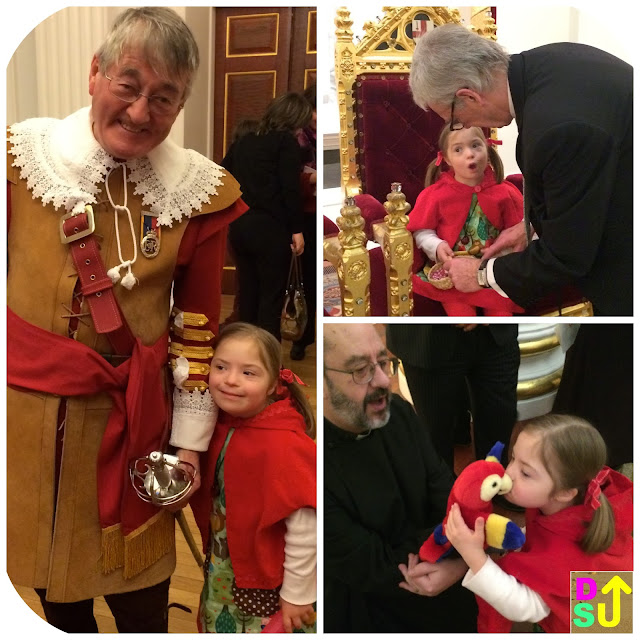 After they had all partied until they could party no more, the Mayor decreed that they should all join together in a very long line and perform a conga, led by a loudly drumming swordbearer, around her house. Little Red Riding Hood's Mother wanted to go too but although nervous, she let the little warrior go by herself, along with the other heroes and mystical characters.
She stood in the great Egyptian Hall, waiting for the line of excited children to return after their tour of the working kitchens, luxurious bedrooms and highly decorated living rooms. She waited and waited, her heart thumping. Would Little Red return safely from such an adventure? And then she saw this...

So our diminutive crusader and her Mother returned to Big Daddy Bear and Big Sister Princess who had been off on their own exciting adventures in the capital that day, carrying a special silver souvenir spoon in their hands, precious memories that they will hold in their minds for ever, and a pride in their hearts that once again little Natalia had worked her magic. She had educated, shone light, tamed and entertained, and everyone declared that they would very much like to have tea with her again.