Our Kids Don't Like Each Other... and that's just fine

This post was written by Sarah on her blog Things Mummy Thinks after her youngest daughter met with a little girl who has Down's syndrome and they didn't get along. I love this post, it's about how kids just take disability in their stride, and if that means not making special allowances, then so be it.

It really is OK for children not to get along, whatever their needs and parents shouldn't worry. 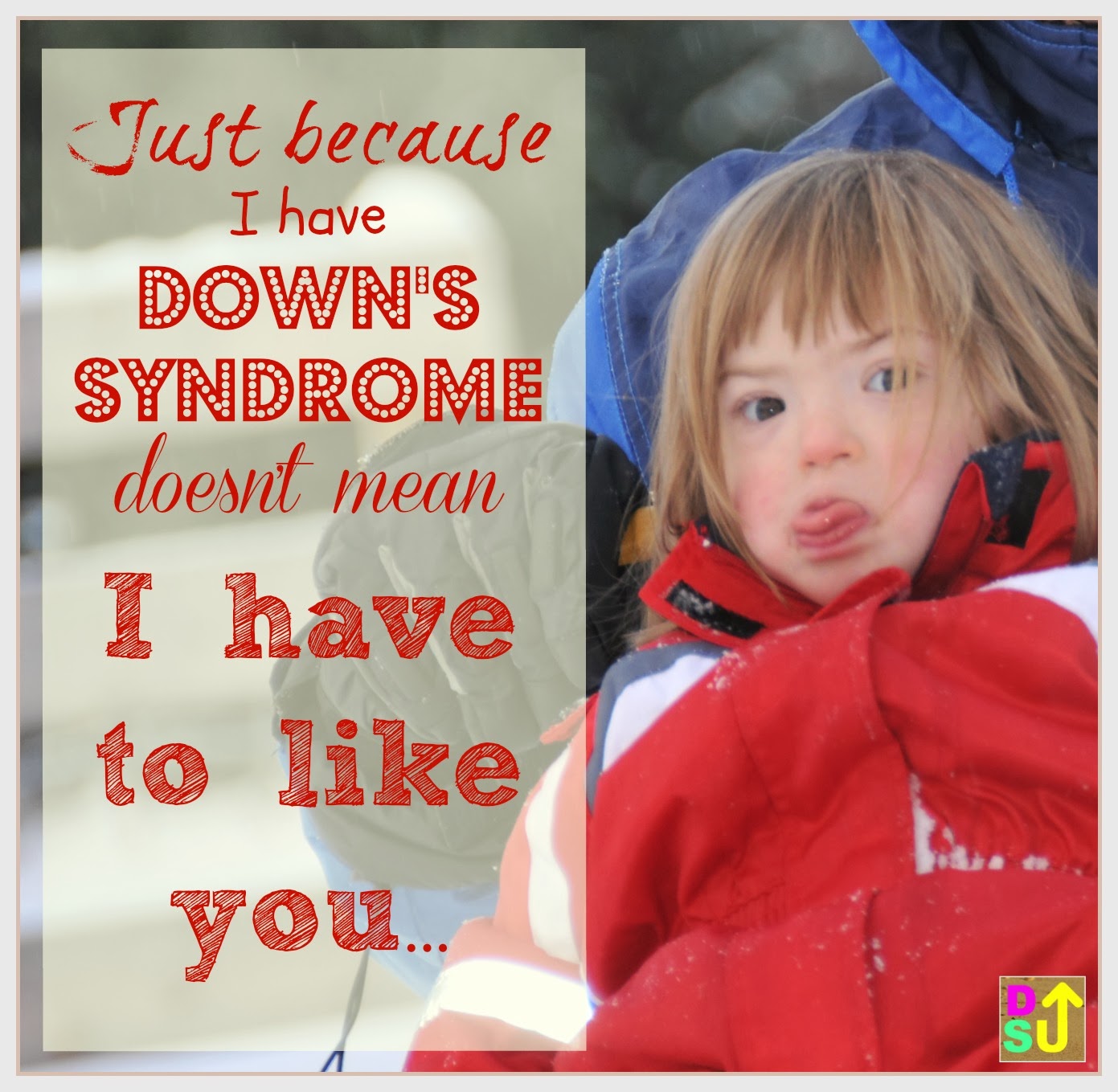 (All names changed).
My friend Emma, and her husband John, are fortunate enough to share their lives with 2 delightful daughters, Katie and Zoe. Zoe, the younger girl, and arguably the cuter, is now about 5 and has Downs Syndrome. Katie, aged 9, does not.
I have children, plural, but for the purpose of this blog I’m just going to talk about one of them. 3 year old Daisy. The first and only time Zoe and Daisy met, Emma and I were having lunch in a chilled-out, child-friendly cafe. Emma & Zoe had visited before, but Daisy and I had not. It turned into one of those elongated, slow lunches when you barely keep up with the children because the conversation is so absorbing. The two girls played with the toybox, the chairs and the doors. They befriended other customers and staff. They alternated between making mischief together, copying and learning from each other, interspersed with bouts of parallel play- to all intents and purposes ignoring the other. They got on fabulously in many ways, but it is fair to say they have characters which compete, just a little bit. Everything was lovely until my daughter Daisy came out with “I don’t like Zoe”.
I can see how Daisy arrived at the conclusion. They are both outgoing, bright and lively girls, they will of course be somewhat competitive, that’s simply to be expected at that age. Both daughters are the centre of their respective home and school/nursery lives. They are sunny and bold characters, and Daisy, a total scamp, has rarely met another child who could match her on that front.
“I don’t like Zoe”. The words rang unmistakably across the cafe, just as the place happened to have fallen quiet. I looked at Emma. Emma looked at me, and I wasn’t sure I’d really read what I thought I’d just read in her eyes. It appeared to be a very fast flash through of disappointment, embarrassment and sadness. Oh God. My child had really just said that. How terrible. I wished I could reel back in the words, like a big imaginary cotton bobbin. Wind them back and back, until they were not there, stringing out around the walls. I hesitated for a minute. The same broadcast words cut through my haze sharply, “I don’t like Zoe”. And now, Emma, a natural diplomat, was starting to look very slightly annoyed.
The elephant in the room was Zoe’s condition. We grew up, Emma and I, in a world where people with disabilities vanished out of view, into faded, dark little houses with their elderly mothers. We attended schools which had never even heard of inclusion in the modern sense, let alone considered how to implement it. What you were taught about children with Downs Syndrome, was to feel sorry for their mothers, and walk on, so that you wont be a nuisance. Don’t try to understand, don’t try to befriend, but certainly don’t have normal expectations of “others” either. That’s what the disabled were: other.
I had to say something in reply to Daisy, but what? “What would my mother have said to me”, I questioned. She’d have set out that I was not supposed to dislike children with disabilities. I would have been expected to “make allowances for” in that flimsy way which proliferated 70′s and 80′s Britain. The kind of “make allowances for” that means you pretend not to notice the disabled child making a noise at the next table, and you put twice as much effort into being sure not to interact (unless of course you are making a big, gracious gesture, to appear virtuous, and making sure everyone happens to notice). In that uncomfortable instant I had dismissed this approach as an historical cultural relic, best never revived.
What to say though? The words of a 3 year old had brought a room to standstill, hurt my friend and confused a little girl, who I later found out had never previously had an experience of being disliked. I had to say something, several seconds had passed. The elephant in the room… Zoe has Downs Syndrome. How far to excuse Zoe’s perceived wrongdoings? (And they were only perceived, both girls being about equal in the mischief stakes). How far to curb Daisy’s disapproval? What the hell to say?
Then it hit me. Who within this little scene is seeing a child with Downs Syndrome, and who is seeing a child? This is an adult filter, viewing the scene. The children don’t know who has a syndrome and who does not. They are uncomplicated by such constructs. We grown ups might see “a child with Downs Syndrome”. Daisy saw a child. A child who in that moment, she did not appreciate. Only we adults made that different.
Much work needs to take place yet until “I don’t like Zoe” ceases to be a show-stopper all around. Normal, typical, everyday representations of people with disabilities are growing, slowly, but in this modern society minorities of many varieties exist a long way from genuine parity.
That disparity exists solely inside the heads of the previously-socialised.
It’s only an unequal world because our expectation of dissimilarity prevails. We wont challenge that with banners, boycots or badgering MP’s. We will acheive it by bringing the disabled out of the faded, dark little houses, and simply allowing the commonalities we have to manifest, instead of those differences we have traditionally not tried to look beyond.
We are all more similar than different. Zoe is just a child, as unique as every other, as typical as any other… Daisy doesn’t like her….
And that’s Ok.
By Hayley Newman at Downs Side Up Downs Side Up