Five Firsts I will Never Forget for #LDWeek14

Which firsts do you remember from your child's early years?

Do you keep evidence of them all, the teeth, the lock of hair, the words written in that little red book the Health Visitors give you? I have all of those precious memories from both girls stored away in a tresure box that is bursting at the seams.

Each year Mencap encourage us all to pull together for Learning Disability Week, a time to share information, campaign together and celebrate achievements. This year is is no exception, and the cleverly-chosen theme for #LDweek14 is 'firsts'.

Little did I know when I agreed to take part with a blog post, that it would prove such an emotional experience. Here I sit browsing through old photographs, looking for visual evidence of Natty achieving things for the first time, moments in time captured, and I am reminded just how many of those occasions we wondered if we would ever see.

We dared not hope for any of them when she was born, for we weren't even sure if she was strong enough to survive in the beginning. Natty has Down's syndrome and was born with a heart condition that left her blue and reliant on oxygen and an incubator in neonatal intensive care for several weeks.

So this exercise has been a stark reminder in not taking your child's achievements for granted, in celebrating even the tiniest of successes, in accepting them for who they are and encouraging them to reach their full potential, whatever that means.

As I sit, with a tear of pride, and a heart that becomes heavy recalling some of the hurdles our precious daughter has faced, a cup of hot tea in hand, I am proud to share with you just a few of our little Natty's memorable firsts:

Natty was quite simply too tired to feed as an infant. Expressed milk was fed to her through a naso-gastric tube for three months after which time she learnt to do it for herself. Her first real accomplishment.

This picture is so significant as it shows her very first taste of breast milk from a syringe at about 3 days old. It was also the first time we tried Kangaroo Care which is skin to skin contact, so enormously beneficial to premature and sick babies.

I recall a cardiac consultant arriving at this moment, scanning machine in tow, and a kindly neonatal nurse firmly asking him to come back in half an hour, for she knew the immense significance of this moment. 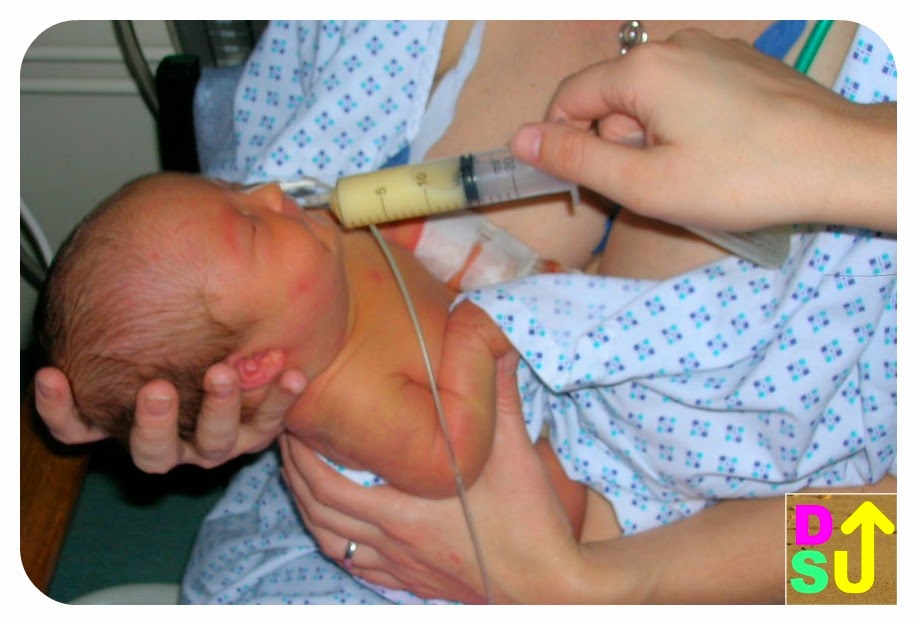 Showing Interest in a Toy

With all infants there is a period of time before they learn to smile or take an interest in the adults and things around them, but with Natty I recall this seemingly going on forever. Thinking back I guess I was afraid that she might never engage with her world.

The Portage service were amazing at this stage, and came to the house weekly, bringing toys and ideas for exercises for us to do together. It was also a chance to have a coffee and a chat with a familiar, smily face who understood the period of adjustment we were going through.

This photo shows Natty with a loan toy that was the first thing she ever reached out for and actively chose to play with. It span and wobbled and played a tune from memory, although I might have made that bit up... 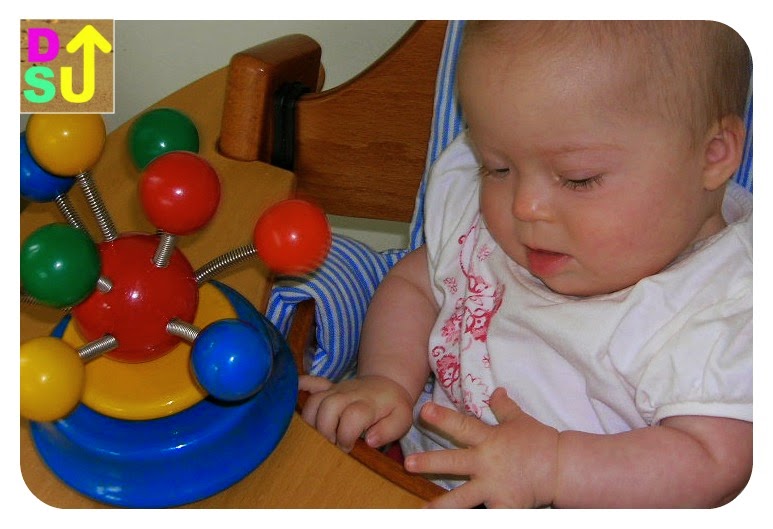 This photo was taken within hours of Natty coming round from her keyhole heart surgery. She's wearing her 'My heart was fixed...' T shirt.

Those of you who have been through similar with your little ones will understand the phyical weight of worry, the sheer terror of waiting for your child to return to you after such a procedure. The photo takes me straight back there and my chest begins to tighten as a remember every little detail that I had boxed away in my mind.

We went to Bristol Children's Hospital and paced the street while we waited for the call to return, the call to say our youngest child was safe. We were at her side when she awoke and then Daddy held her on his chest while she dozed off the anaesthetic. None of us spoke, too afraid. Wondering if the surgery had worked, if the operation had been a success, hoping there were no ill effects.

Then her surgeon appeared, doing his ward round. Natty looked up, turned to him and blew the most enormous resounding raspberry at him. Our cheeky Natty was back, with vengeance, and oh so cleverly she broke the tension in the room and made us all smile once again. 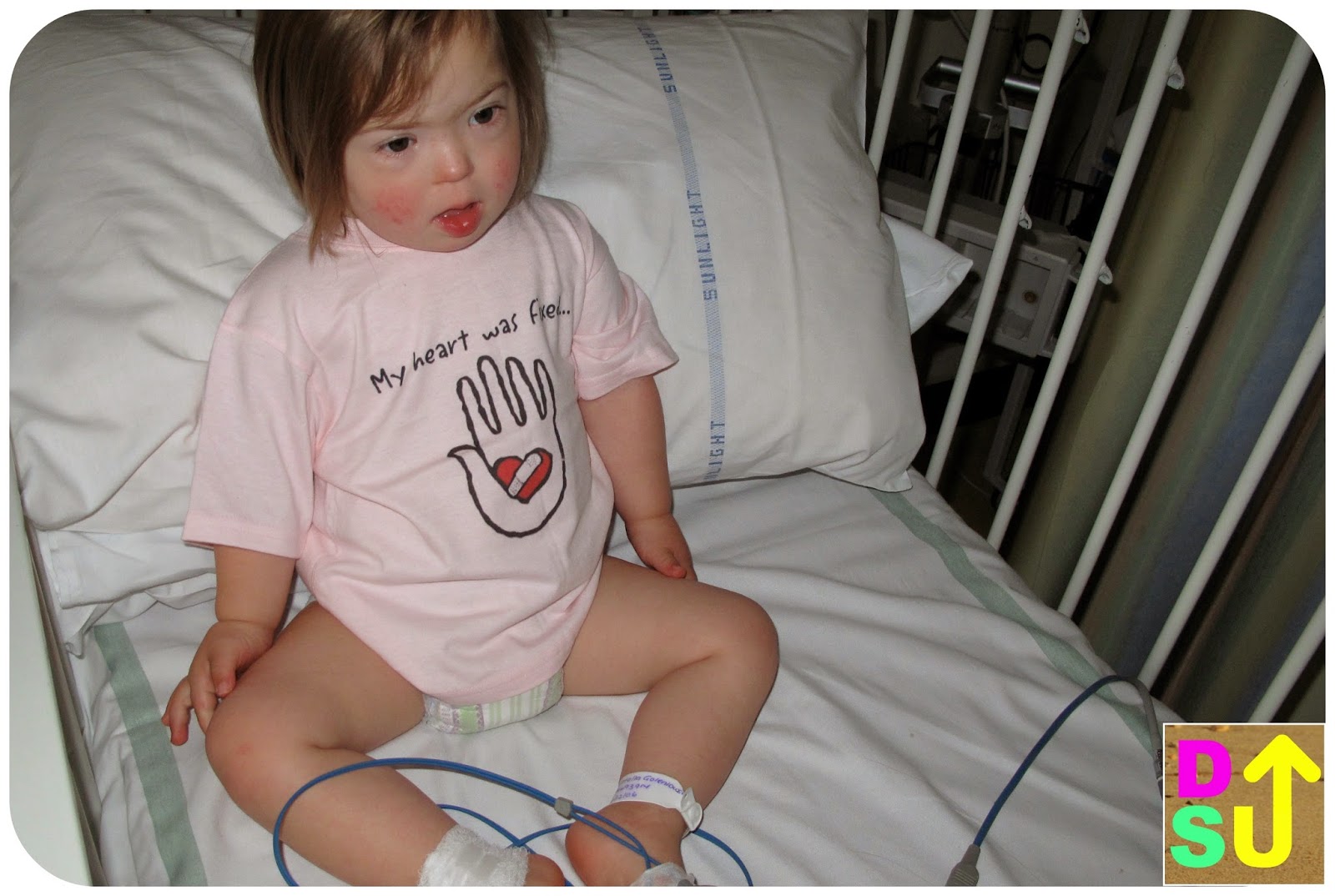 Writing Her Own Name

These photos show a proud and happy time for all sorts of reasons, as they were taken when Natty 'graduated' from pre-school at four years old, ready to begin in reception. An anxious time of transition for any parent but it couldn't have been done with more care and attention to detail.

We arrived at the graduation ceremony venue and took our places in the audience. The children came in, sang songs and then took turns to receive their certificates and wear mortar board hats that they had made. My eyes didn't leave Natty for a moment and I strained to see the pattern on her hat. All of a sudden I realised that it was writing... HER writing... her NAME! Tears flooded our proud faces.

Natty had drawn over dots that made up the word NATALIA. It had apparently taken much time and several attempts, but the staff had believed in her and had persevered. WE couldn't thank them enough. 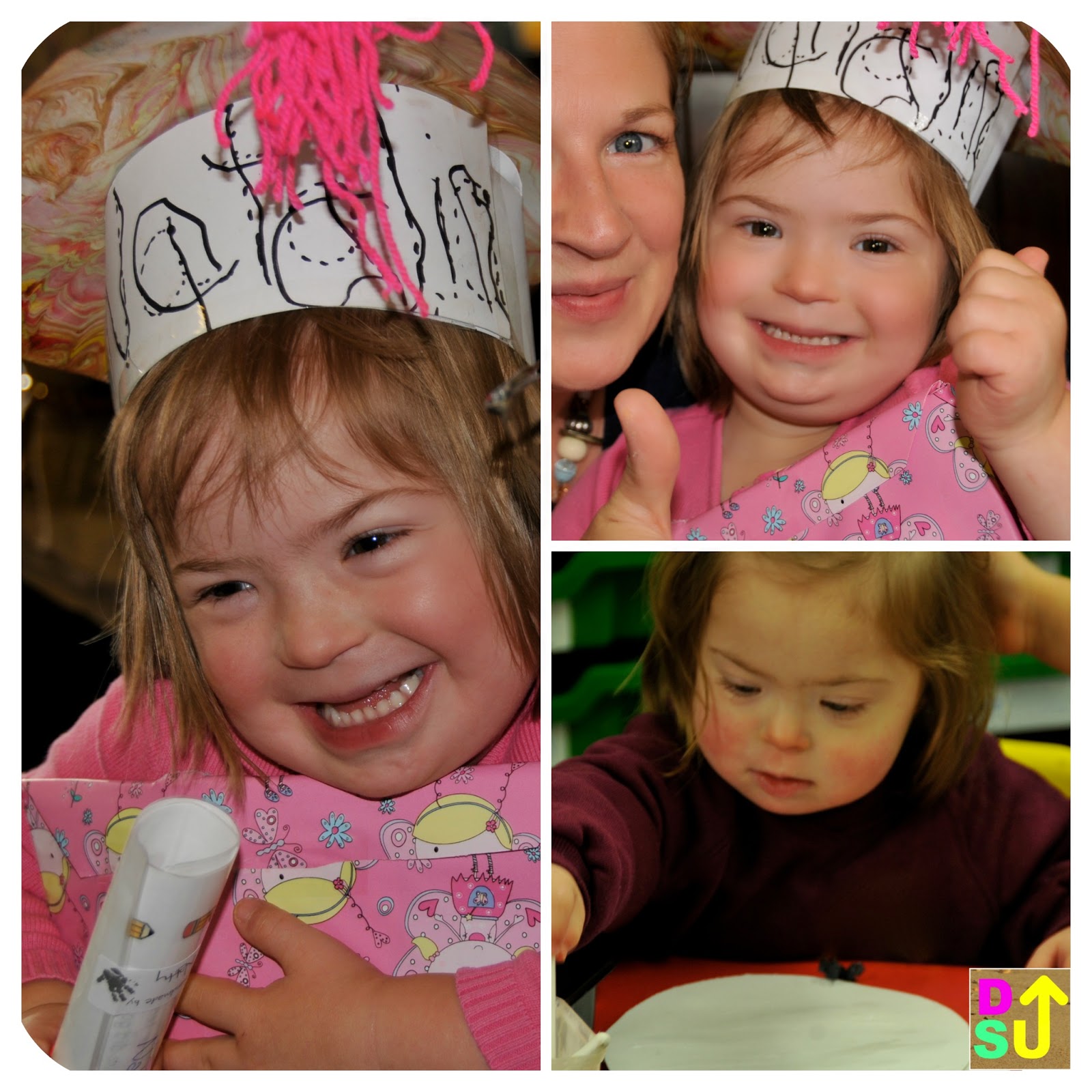 This event needs a blog post all to itself. It was a truly miraculous moment that I didn't capture on film as other children were present in the pool. It happened recently and all I shall say is that involved Natty, who has been swia few strokes at a time with out floatation devices, gatecrashing a swimming lesson. She watched her peers carefully and thoughtfully before launching herself into the water and swimming first a width of perfect front crawl and then, ten minutes later, a whole length.

More tears, and this time they were from the teacher and other parents as well as me! 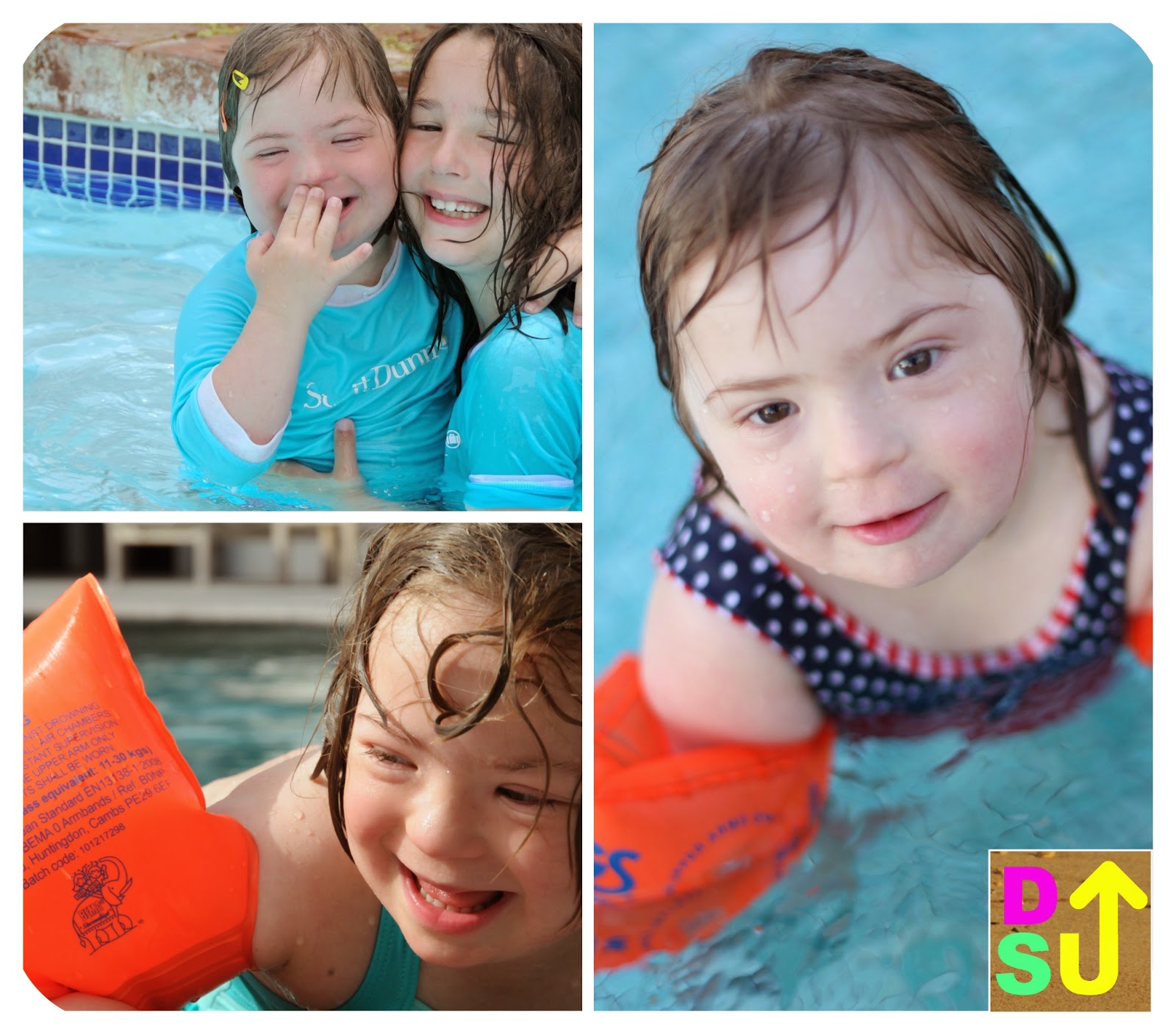 The Sky is the Limit

What these milestones prove to me is that we must never set limits on what our children will be able to achieve. If the sky is the limit for them, then the firsts will keep on coming... 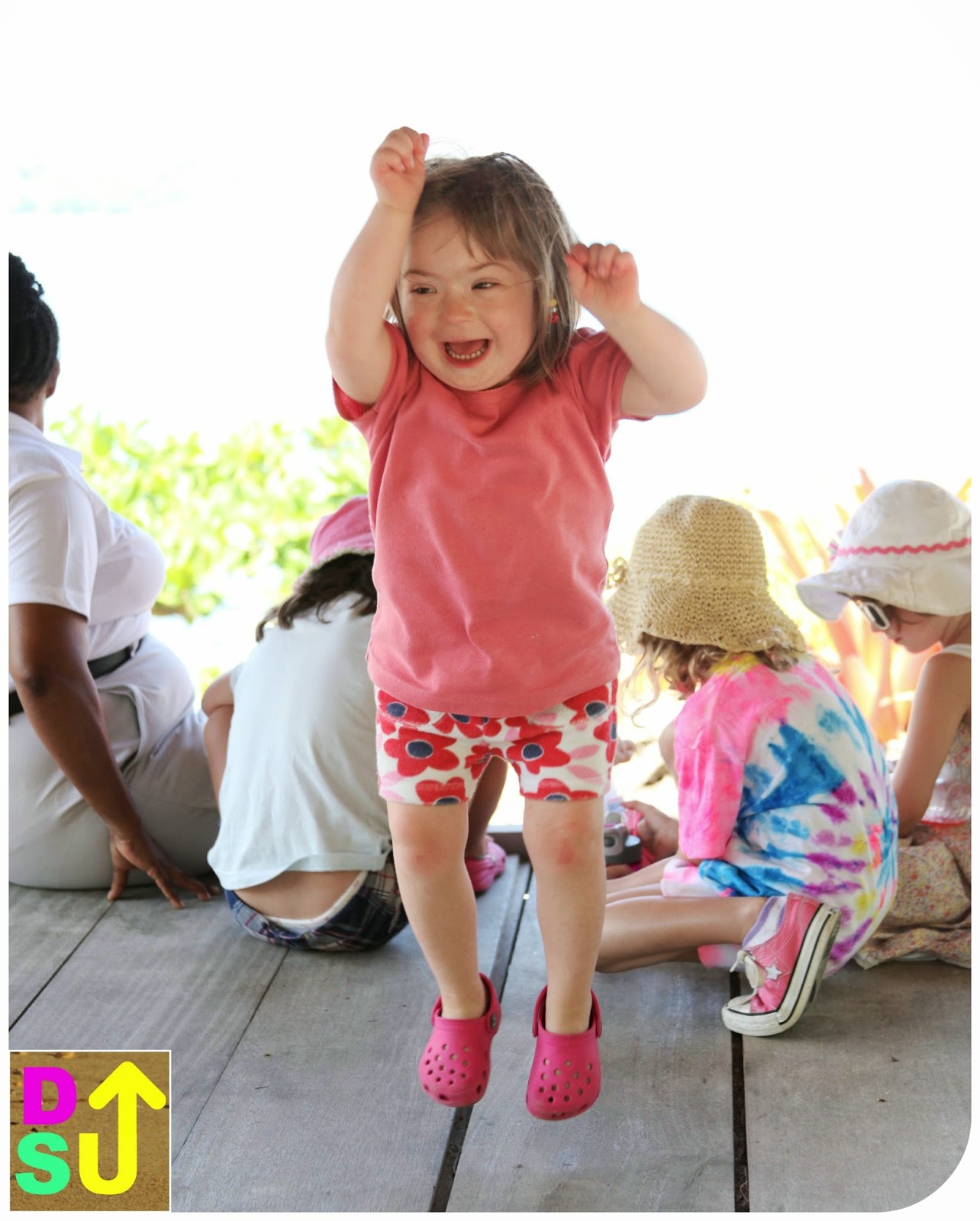