A Word to Midwives on Antenatal Screening Programmes in Journal

by Hayley Goleniowska, author of Downs Side Up

This week my article for Midwives journal is published: Issue 4 :: 2014

It needed to be cut, there was much more to say, but a word count prevailed, still an article on this topic in a medical journal for Midwives is a massive step forward. Emails from midwives have already begun to arrive. There is so much amazing practice around, but also so many sorry tales of lack of support at the time of screening. Before Natalia was born, I unquestioningly believed, as do most prospective parents, that the recommended antenatal tests were for our peace of mind. I naively spouted that we didn’t mind what the sex of the baby was, 'as long as it was healthy'. I refused amniocentesis after an inconclusive nuchal fold scan, because of the 'risk of miscarriage to a healthy baby'.


Looking back at that previous version of myself fills me with shame because of my deep-rooted belief that a baby with a disability is somehow worth less than a healthy one. But I also see that my prejudice and fear of Down’s syndrome was a product of the way society, and some within the medical profession, view the condition.

Many argue that an antenatal diagnosis enables parents to have time to adjust and prepare for a child with additional needs. They can research and find the support they will need post birth. New, more sensitive, early blood tests are hailed as safer for mother and baby. But what are we testing for and why? And what happens when pressure is put on women when the results come in.

Abortion is routinely offered as the only route, an assumed decision of the prospective parents of any baby with Down’s syndrome. Instead of counselling and the provision of balanced facts to enable informed decisions, frightened parents are simply statistics in the NHS Fetal Anomaly Screening Programme’s strategy.

Down’s syndrome is effectively being screened out like substandard fruit on a conveyor belt. The tests serve no purpose other than to identify babies with the condition and eradicate them, since there is no cure.

It may be that, had I been told that termination after 24 weeks could be arranged for babies with ‘severe handicaps’, I would have believed that Down’s syndrome was a severe disability rather than a mild to moderate developmental delay I have discovered it to be.

If my trusted medical team advised it, would I have chosen the route of the 91% (Morris and Springett, 2014) who terminate when they find out that their unborn baby has Down’s syndrome? Had I been offered a next-day appointment for termination, would I have taken it, in spite of there being no chance to get over our shock, discuss it, or read about or meet a family who had a child with Down’s syndrome?

In truth, I don’t know. The person I was then knew little about Down’s syndrome and had no idea of the independence and achievements possible, once the veil of fear and ignorance is lifted. I had no clue that perfection comes in many forms.

When I reflect on the £30m that is spent on screening versus a mere £1.8m on Down’s syndrome research (Hansard, 2013), I fear that women who think they are making a free choice to abort are actually being denied the option to keep their baby.

And I wonder how I will one day explain to my grown-up daughter why there are so few others with Down’s syndrome. For the subtext of the current screening programme is that her life is worth a little bit less than those around her. 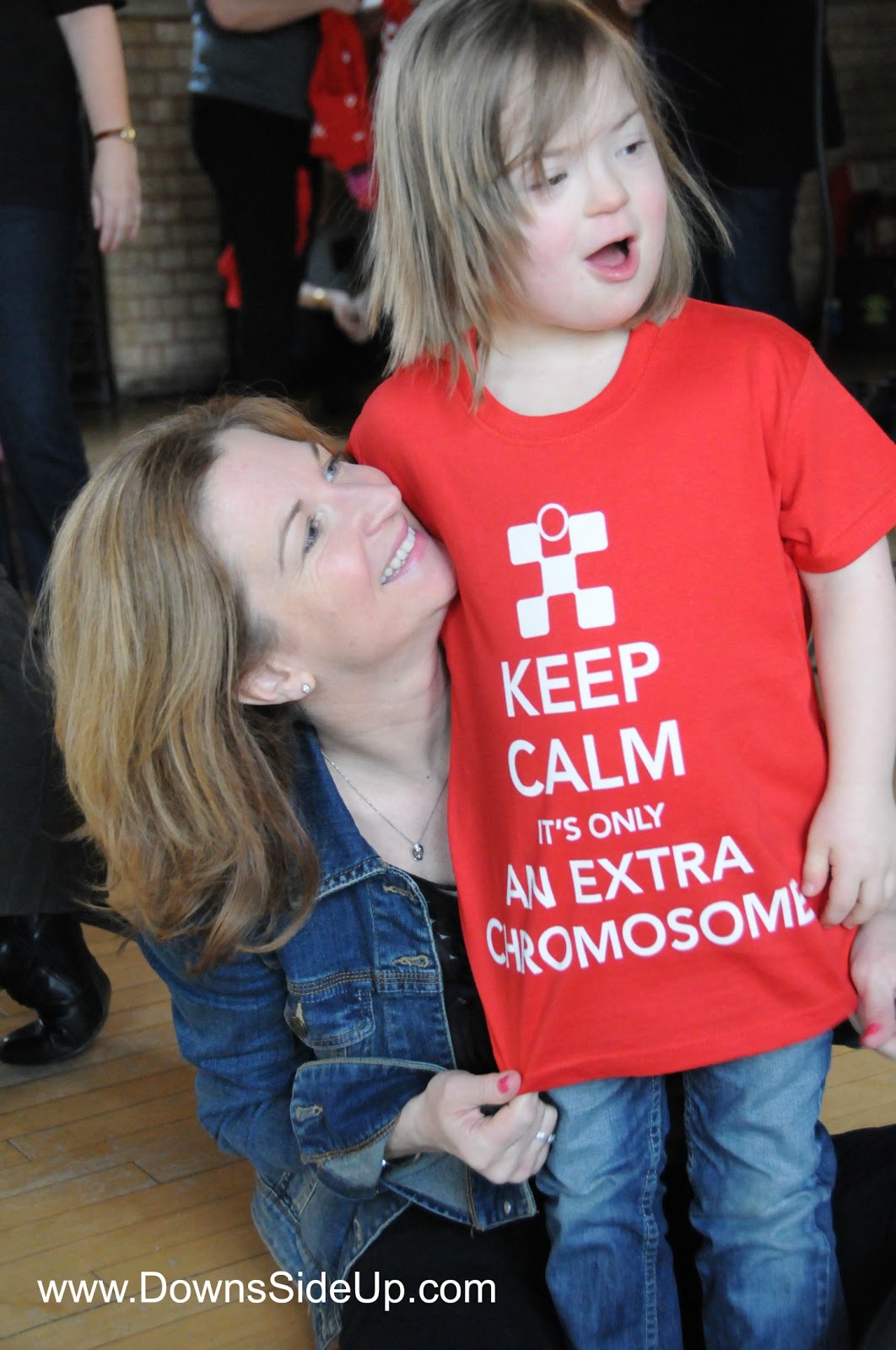 Hayley Goleniowska
Blogger, speaker and writer for Downs Side Up. Visit the website at: downssideup.com
Hayley’s eldest daughter Mia, 10, has written Down Side Up’s first publication, I Love You Natty: A Sibling's Introduction to Down's Syndrome, which aims to help other children understand the condition.

Morris JK, Springett A. (2014) The National Down Syndrome Cytogenetic Register for England and Wales: 2012 Annual Report. Queen Mary University of London, Barts and The London School of Medicine and Dentistry: London. See: http://www.binocar.org/content/annrep2012_FINAL.pdf

You can read the full article online here:
https://www.rcm.org.uk/midwives/features/screen-test-antenatal-screening-for-downs-syndrome