Nestled amongst the junk mail and election manifesto flyers was this rather distinguished envelope this week.

It was made from thick buff paper, felt as if contained a stiff card and was sporting a very impressive stamp. Royal Mail indeed.

It must be noted that it was sent second class post though. Actually, come to think of it, I'm surprised the Queen has to pay for postage at all, but there we go... 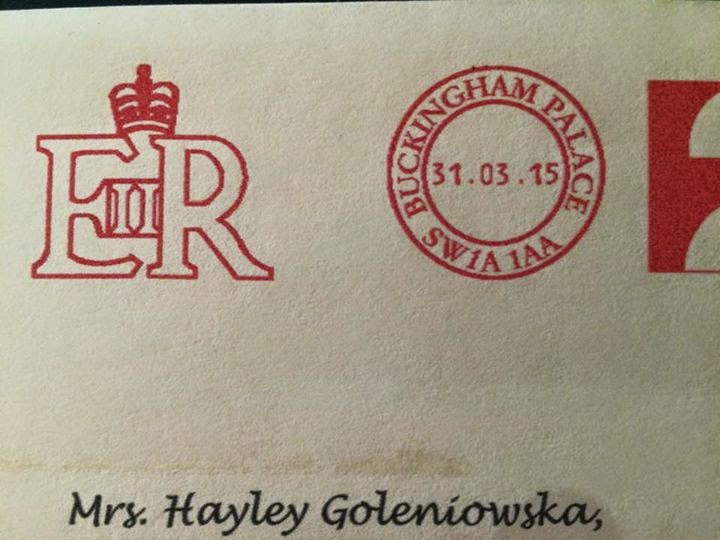 Anyhow, I flipped over the exciting looking mail and noted the crest on the back. My hands began to shake and my stomach flipped. The family gathered round to see. 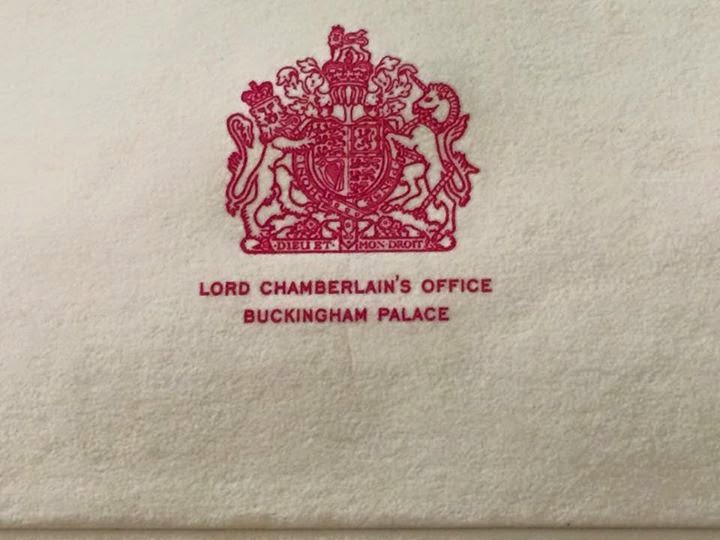 But how to open such an important message? I'd probably want to keep the envelope, so should I steam or slice it's contents free?

I took a moment, OK more like half an hour, to drink a cup of tea and ponder the dilemma. A very British response to a very British invite I realise.

But in the end I decided on the fish boning knife to get inside the paper carrier.
And there, lo and behold, the most exciting invitation of my life. One that brought tears to my eyes, a swell to my heart and then immediately a slightly odd sensation that can best be described as 'hat panic'. It was an invitation to a Garden Party at Buckingham Palace for Bob and I. 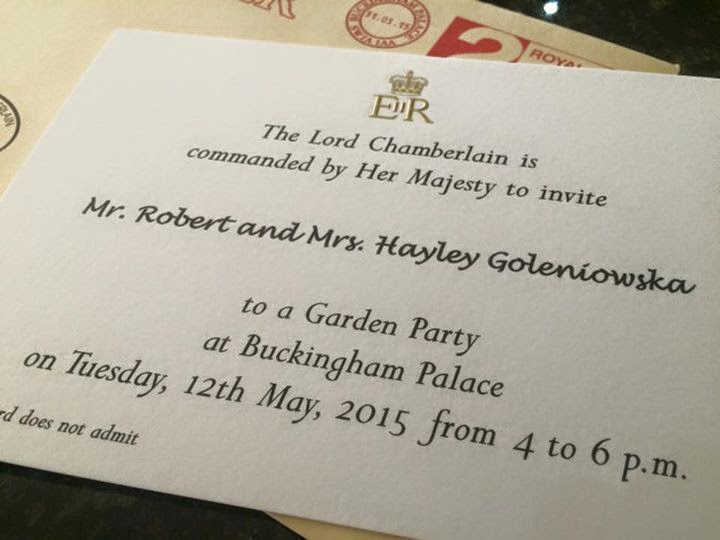 And after that I am left pretty speechless. What a massive honour, what an incredible journey for a little blog. I am left with nothing less than gratitude and pride for how far we have come.