I walked around heavy of heart this weekend, watching the Twitter feeds and wishing everyone well, smiling from afar, but still regretting that I was not among them.

This would have been my 5th BML and the largest blogging conference in the UK has been a crucial part of Downs Side Up right since the very beginning.

I cannot begin to tell you what Britmums has done for Downs Side Up, I'll add a few pics below to try, but basically you wouldn't have heard of my blog without the organisation.


The first year I attended, I read a keynote speech, What to Say When a Baby is Born with Down's Syndrome. Everyone sobbed, it was a momentous moment for me too, the first time I realised that people were moved by my words.I was a novice, only a few months into blogging, and I felt overwhelmed by the love and support.

But it was also the first time I had left young Natty at home with Bob and Mia and had respite from my carer role. The freedom to remember my own identity, to meet new friends, and to have my confidence boosted again might have gone to my head just a smidge, along with the Prosecco.

In subsequent years I have been honoured to be asked to sit on panels talking about Digital Activism and Blogging with Heart and host round tables giving new bloggers tips on Campaign Blogging.

Many Media interviews have taken place there, including this one for the Financial Times.


"Downs Side Up is one from the front line to watch" they said. 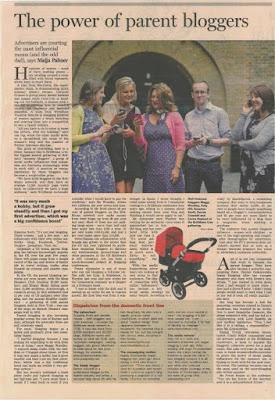 And this one with a Sun journalist and Alice Hassell. 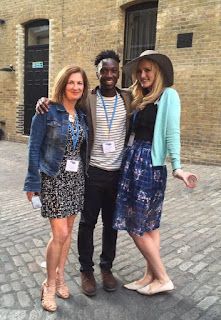 And the BBC Radio 4 Woman's Hour interview too and BBCWorld Service I recall. 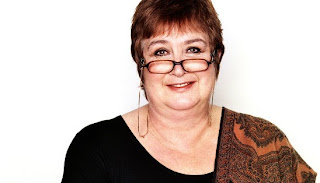 I wouldn't be writing for the Huffington Post if it weren't for a recommendation from Britmums. They also asked me to be their Special Needs editor which I did for 3 years before handing over to the amazing Steph Curtis at Steph's Two Girls. And I met Tania Tirraoro who I write for at Special Needs Jungle there too.

Then there was the year that this innocent looking bunch of writers were asked to pipe down in a London Restaurant.  I mean really we'd only had one glass of wine and we were just having a little laugh and relishing a child-free evening. We don't get out very often... amusingly the mature lady on the next table asked for 'whatever they are having'.  Very #WhenHarryMetSally indeed!


Britmums also got me naked.

Long story, ask Kate from Striking Mum. It was for charity and to Celebrate our Mummy Bodies though, so don't report this one on Facebook too.

And the friends. It's mostly been about the friends, many of whom will remain close for the rest of my life. The Britmums blog network is a safety net I will fall back on time and time again. Thank you to everyone who has ever supported Downs Side up.


And then last year a shock. Having been a finalist in the Inspire category every year, I was honoured and humbled but never expected to win. It had a profound effect on me, I felt quiet and wanted to share with so many other wonderful life-changing bloggers. And I felt at peace with my blog. It had turned full circle.

And that, coupled with a second blogger keynote reading of my open letter, Dear Richard Dawkins, You Are Wrong, and speaking in three different sessions last year, I decided that BML had seen enough of me.

That it was time for new blood, new ideas, new people who come on stage and make everyone weep. I vowed that I would put BML in a beautiful box and cherish it for ever, but that I wouldn't go back, that I would leave it there, on a high note.

However, as the day drew closer this year, I was listed as a finalist again much to my surprise, even my Mum didn't vote, and I began to realise I was wrong. My calendar was full, I hadn't made space for Britmums, but I began to hatch a plan, a last minute dash, because my chest was aching in a way that you feel when you miss a loved one. I was missing my blog family and I wanted a group hug. I needed that reunion.

It wasn't to be. The sleeper train was full and the one for the next morning would get me there too late. It was a sign. I was meant to watch from afar.

And so hear I sat, following your wonderful glamorous day wearing my elastic waisted trousers and wishing you all the inspiration and collaboration in the world. I cheered on my fellow finalists and was over the moon when fabulous Michelle Reeves at The Joy Chaser was named the winner. She does so much to support and lift others.

I raised a glass to every one in the Inspire category. 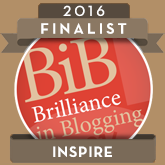 And to Britmums, I am forever in your debt. Thank you Susanna and Jennifer.