Working with Medical Students for Change: Viewing Down's Syndrome as an Identity not a Diagnosis

The overriding motivation for starting this blog was a feeling that I wish I could turn back the clock and re-live the first hours and days of our youngest daughter's life.


I would love to have had the knowledge I have now, an understanding of what Down's syndrome means and how our lives would take shape.

I wish that the fear of Down's syndrome hadn't been built into an almost insurmountable hurdle by the outdated misconceptions of society and the negative language used by some medical professionals and text books.


I wish Dr Google hadn't told me that she would never be socialised enough to eat in a restaurant, and made me see her as nothing more than a pair of tiny ears and a fold across her palm.

I would love to go back and tell myself that it would be more than OK, that our family would thrive, that Mia wouldn't be held back as a sibling, that Natty wouldn't suffer as if the victim of a cruel disease but merely experience life in a different way that would necessitate a few changes. I'd acknowledge the fear and worry, accept that there would be hurdles, but reassure myself that the joys would outweigh the difficulties.

The day any of your children are born should never be one of the worst of your life, and for so many of us it is. My passion and drive to change this situation, to buy time for new parents is personal. It's real. It's not a job or a remit, it is simply something many parents like myself are driven to do.

The approach is two-pronged - share our narrative with the world in the form of stories and photos, get the faces of children like Natty into mainstream media, stop the condition being hidden and feared, bring our world into the mainstream where it belongs.

And secondly, work with the medical profession to allow them to reach a new understanding of Down's syndrome. To alter their view from a medical model, gleaned from a few pages in a text book, to a social understanding of those with a learning disability being unique, valuable individuals, each person as different as a snow flake. By working together we can learn so much more.

Until we stop talking about trisomy 21 as a set of symptoms or characteristics,  or worse still a list of co-morbidities, we will never understand that people with Down's syndrome are simply human, individuals with a vital role to play. And until that day new parents will always be in deep shock when they hear unexpected news, that their newborn is the 'risk' they prayed wouldn't befall them.

So at the tail end of last year I was honoured to be asked to work with a small group of Oxford University student obstetricians by the patient Editor of the British Medical Journal Rosamund Snow having helped with an article for her What Your Patient is Thinking Series by Emily Smith who has Down's syndrome, What a Patient with a Learning Disability Would Like You to Know.

It was agreed that I would communicate with the students via email as they completed a task about antenatal screening. What a huge honour and great responsibility to be allowed a small amount of time in their stretched academic schedules to show them a window into our world, tell them what worked well for us and explain how language is crucial, for it shapes our thinking and ultimately the decisions we make and how we bond with our children.

I simply answered the questions of the two students, just honestly and respectfully. I sent them links to articles and books and blog posts that I thought might help their research.

Their questions were well thought-out. They listened. They got it.

And then out of the blue, one of them George Gillet, wrote a piece on his experiences of being able to work with a family like ours for the Student British Medical Journal. It turns out that as well as listening, George had really changed his thinking. I think I can safely say that he will turn out to be a most excellent obstetrician. One in fact I wish could be a part of the re-lived beginning we like to imagine.

I know that in turn George and his peers will change other hearts and minds as they come into contact with fellow health professionals over the course of their careers. They will rub little pieces of updated attitudes towards Down's syndrome onto every colleague they brush shoulders with. They will lead by example. They will be less fearful of the unknown, and they will hold every baby with equal worth.

You can read his article below: (Reproduced with kind permission of George Gillet and the Student BMJ). 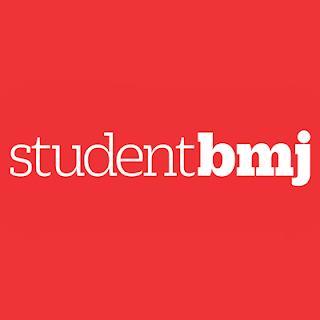 Down's Syndrome: From Diagnosis to Identity?

—
Hayley, a young mother, is quick to correct me. “Think of Down’s Syndrome as being ‘identified’ rather than being ‘diagnosed’” she advises, “it carries with it the lack of ‘disease’”. Embarrassed and worried I’d caused offence, I was also intrigued by this new perspective. What was this world I’d entered into, where medical syndromes were no longer diagnosed?
Perhaps my slip-up was unsurprising. As a student, my only encounters with Down’s Syndrome had been in lecture theatres and textbooks. My revision notes featured more information about investigations, diagnosis & management than any human experience of the condition. If anyone had asked me, I would have found it easier to recall the statistic that 90% of Down’s Syndrome pregnancies end in termination than to give the name of anyone I had met with the condition.
I hadn’t told Hayley this, but she knew better than anyone that the medical profession had a lot to learn about Down’s Syndrome. When her daughter, Natty, had been born, clinicians were in tears as they gave Hayley the diagnosis. “It was as if they were delivering the most terrible news,” Hayley tells me, which instilled her with the impression that Down’s syndrome was a dreadful thing. “I imagined awful haircuts, dreadful clothes, large tongues poking out, people staring, cruel comments and a quiet child in a corner”.
Ten years later and the reality could not be more different. Hayley describes her daughter as “funny, bright and confident” – a girl who continues to surprise teachers with her talents.
But Hayley cannot change how she felt when her daughter had been born. She regrets how her experiences were shaped by doctors eager to diagnose a condition that she now understands better as an identity than a disease. If I’d known the realities of Down’s Syndrome back then, Hayley recalls, “I would have just loved our beautiful daughter for who she was and enjoyed her fleeting infancy for that precious time. Society stole that from me.”
Hayley is grateful that she hadn’t discovered Natty’s condition at an earlier stage in her pregnancy. “Screening comes with implications, if results are positive there is much evidence of coercion to terminate” she tells me, pointing to the experiences of a number of women who have approached her to discuss the issue. One had requested not to be asked about termination if test results suggested her baby had a high chance of having Down’s and ensured that her wish was documented in her medical notes. “I saw that, but I thought I’d ask you anyway” the consultant told her. Another couple were asked nine times if they were sure they wanted to continue the pregnancy. “I wouldn’t want a Down’s baby myself” was the advice offered by one doctor.
In Hayley’s situation, she’s unsure what the outcome would’ve been. “We’d have been a team of the blind leading the blind” she wonders.
—
Some days after my conversation with Hayley, I read an interview in the Telegraph with the actor Sally Phillips. She regrets that nobody had told her, when her son was born with the condition, that Down’s Syndrome “is a good thing”. Today, Philips believes that people with the condition are “specifically gifted relationally. People aren’t fascinated by the things people with Down’s Syndrome can do better: relate to people, be funny and be comfortable in their own bodies” she suggests.
Immediately, I was reminded of Hayley and the lessons her story had taught me. That our understanding of Down’s Syndrome doesn’t exist in an objective reality of facts, figures and studies but is exposed to the forces and pressures of public debate, prejudices and personal values. How a doctor presents a condition can immediately change how we view our most intimate relationships, down to the affection we feel towards our children. “I think the way the diagnosis was given cost me about two years of love” Hayley told me, in a frank admission of the inadvertent influence the medical profession had on her relationship with her daughter.
And so, the next time I’m asked to summarise Down’s Syndrome in a tutorial, it won’t be an abstract statistic about the number of Down’s Syndrome pregnancies which end in termination that I’ll be quoting. It’ll be Hayley and Natty’s story. The story of a girl who, her mother tells me, “makes us howl with laughter, holds our faces close, and tells us how much she loves us”. The story of a girl who lives with Down’s Syndrome, not of one who was diagnosed with it.