Solidarity in Sport and Why Language Matters

Well, to be fair sport has never been a huge fan of me.

It went downhill for me shortly after the twirly fun of Music and Movement sessions to the soundtrack of Bonny M in Miss Muffet’s reception class. 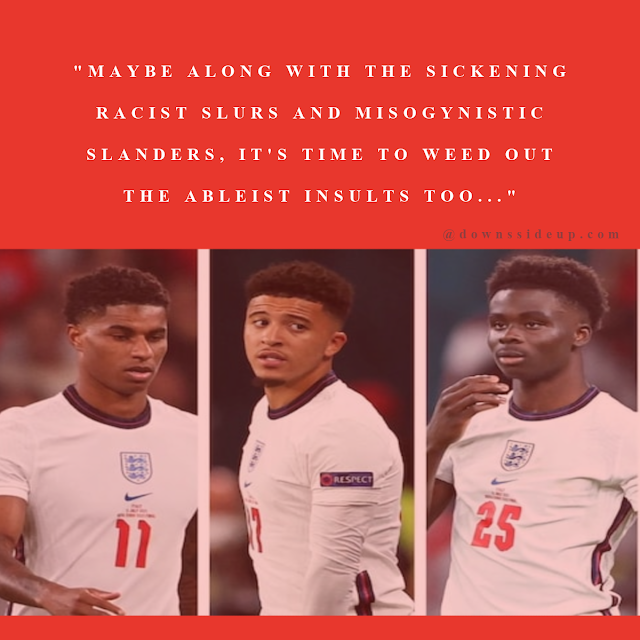 Somewhere along the line, P.E. became less about dancing to Brown Girl in the Ring and more about the utter shame of being lined up in a sports hall, waiting to be picked for a team. The same two ultra-sporty kids were always chosen to be captains. And I was always, and I mean ALWAYS, the last to be chosen from my place in the firing line, usually with an eye roll or a tut. I was the bad apple catcher at the bottom of the bag.

This embarrassment became so ingrained that I learnt to be rubbish at team games, a kind of comedy cover-up. I was the slightly amusing mascot. And I developed a fear of balls, ducking and running for cover rather than ever knowingly catching one. And I cleverly planted myself in all the least active spots for the duration of every rounders/netball/lacrosse (yes, I am THAT old) lesson. I won't mention finding the best trees to hide behind during the dreaded cross country lessons, before popping out just as the bell rang...

Don’t worry, I grew to love activities where I couldn’t spoil anyone else’s chances. I became a reasonable horse-rider over the years. My natural bendiness lent itself to yoga which still keeps me fit-ish and I was a bit of a lycra-clad step aerobics queen back in the day.

But nothing competitive. Never anything team-based…

So this week’s England v Italy Euro match was one of the few times I have excitedly sat down to watch football. I felt some relief that sport was once again on the agenda after such a gruelling pandemic year. It gave me pleasure to see so many families enjoying the build-up, having something positive to fill their minds after nothing but worry and isolation. Our team gave us some collective hope and a chance to clap for something more light-hearted than medical angels saving lives on the front line. It felt like a new leaf had been turned and I was trying to force past associations with hooligans to the back of my mind.

In recent weeks, we’ve had had the opportunity to get to understand more of the players’ backgrounds than perhaps has ever happened before. Marcus Rashford and his school meals campaign had captured the heart of the nation. The bravery to stand up for what you believe in, in a calm, fair but firm way is a trait we need to foster in our youngsters. Looking out for others is what makes us human and that takes boundless strength and empathy.

Raheem Sterling too, wrote openly and honestly about his personal struggles, from life after the murder of his father, being separated from his mother as she came to England to work to support her family, then joining her and having to clean toilets and grabbing breakfast from a vending machine before school. These youngsters are role models for our youth, with the strength, resilience and determination to carry on in the face of adversity.

So, to see the utterly contemptable violent and racist behaviour of a significant, yet loud and unmissable minority of fans yesterday, both at the match, in the streets afterwards and online made me shudder. I’m sure the majority of you share the sickening disgust I feel and the shame that these people represent the rest of us on the world stage. 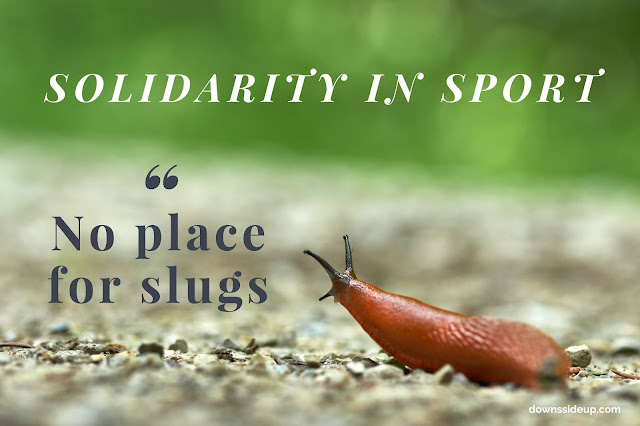 I’ve experienced online abuse as a blogger, ranging from vile trolling, to organised mass bulling, to just very vocal and public criticism, some of it fair, some of it not. Some of it was illegal, for which I sought police support.

It hurts. It stings. And it just slowly chips away at the sheer guts and bravery it takes to ‘put yourself out there’.

But last night's racist attacks and the fickle turning on a sixpence of many supporters has pushed me to put finger to keyboard today.

And there's a less obvious additional thorn in my side

It is the choice of language used by people, many as ashamed and disgusted as I am, some writing on the Instagram feeds of the young abused black England players to lend their support. Words to let them know that the majority of us have their backs. Phrases intended to be used for good, but with language that crushes others as it lands.

In latter years, I’ve silently watched online spats throughout the election of Donald Trump and the long Brexit referendum fallout, over mask wearing, covid roadmaps, vaccination programmes and every other polarising bus we’ve been thrown under. And what stuck out of my screen as sharply as the politics being argued, was the language used to voice the vitriol, regardless of which end of the spectrum it was being spat from.

For so often, even experienced writers and esteemed thinkers were resorting to phrases historically used to categorise patients with a learning disability. Their word weapons of choice were ‘idiot’, ‘moron’ and ‘cretin’. Harmless words in isolation you might think, but backed up with phrases such as ‘window lickers’ and ‘knuckle draggers’ and 'The cretinous behaviour of these bone heads that don't have the intelligence they were born with...' really spells it out.

This is grabbing the worst insult you can think of and throwing at the heart of another. And the worst insult you can possibly think of is having a lower than average IQ. Most people I know with a learning disability are honest and truthful and kind and accepting of others in all their glorious difference and ooze with an EQ (Emotional Intelligence) that is off the scale.

Words like these are used without thinking, it’s part of our culture, it’s part of the fabric of our language. ‘It’s not meant that way’, ‘it’s just a joke’, ‘stop being so sensitive’, you might say…

But maybe, along with racist slurs and the misogynistic slanders, it’s time to weed out the ableist insults and think of some more suitable for those who are heartless, selfish, hate-filled bigots.

Body parts have long since been my insult of choice.

Without being too XXX-rated here, there’s something very satisfying about getting your gums around a full-bodied ‘ARSE!’ (Other ‘bits’ are of course available…)

Then there’s just plain ‘filth’ or ‘scum’, which calls the spade a spade.

But as so often in life I am learning to look more and more to my daughter to teach me the way. Her view of life is so uncomplicated and often right on the money.

So what is Natty’s go-to insult of the moment? ...

So, slugs they are.

Those sickening, booing, racist yobs who pick fights and leave towns littered and vandalised and return home to beat up their partners, urinating in the streets as they go… these slugs are the inevitable pests that feast on the freshest leaves in our lush garden. Lured out from cowering in the shadows to drown in a saucer of beer, they can only jealously dream of reaching the dizzy heights of the scented blooms at the top of the plants.

And that is where those exceptional young players already are. I do hope they come back  stronger, more resilient and with a sea of new supporters surrounding and shielding them.