Mia (7 years) decided that she wanted to write a mini blog post about her experiences of having a sister with Down's Syndrome.  She sat quietly and wrote over the last couple of days.  This is what she produced.  These are her own words, spelling and grammar, even line spacing.... 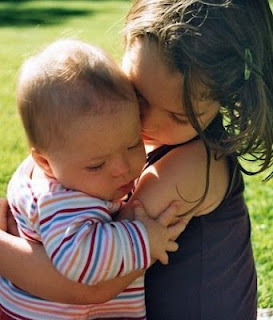 "When my sister Natalia was in hospital
I was very, very woried about her .

Every day I went to see her. i was angry and dissappointed that I could not go in.

When I was aloud to see her was the ONLY
time she looked round when she hird my  voice.

During her operation I was not aloud to see her
which made me very woried because I thought she might have died and if she had died I would have no one to play with.

When she came home I was relived to find the fact
that she was alive and that made me very, very happy.

A few weeks later she was as pretty as a picture and up and runing.
One week after that I remember when I put her diurretix down
the tube.

I thought she was beautiful and she was in my arms
and when ever I talked she would look round at me in a loving way.

A cuple of weeks later she had no tube in her nose and she had a bit of golden hair.

When 3 she was siting up right. [ I use to help her with her exersises]

When 4 she was as strong as me.

Now 5 she is a little pain but she is just as beautiful.

THINGS I FIND HARD ABOUT NATALIA…
She calls my name, but doesn’t asking me anything.
On the stewls  in  the  kitchin  she  asks  to  get  down then asks to get back up again.
Sometimes when i’m asleep she comes in and wakes me up by sitting on my head!

THINGS I LOVE ABOUT NATALIA
She is beter than any other sister in the hole world.
She is funy and sily and makes me laugh.
When we go riding I think she is the best rider.
I am proud of her."

Read Mia's poem From One Sister to Another here. 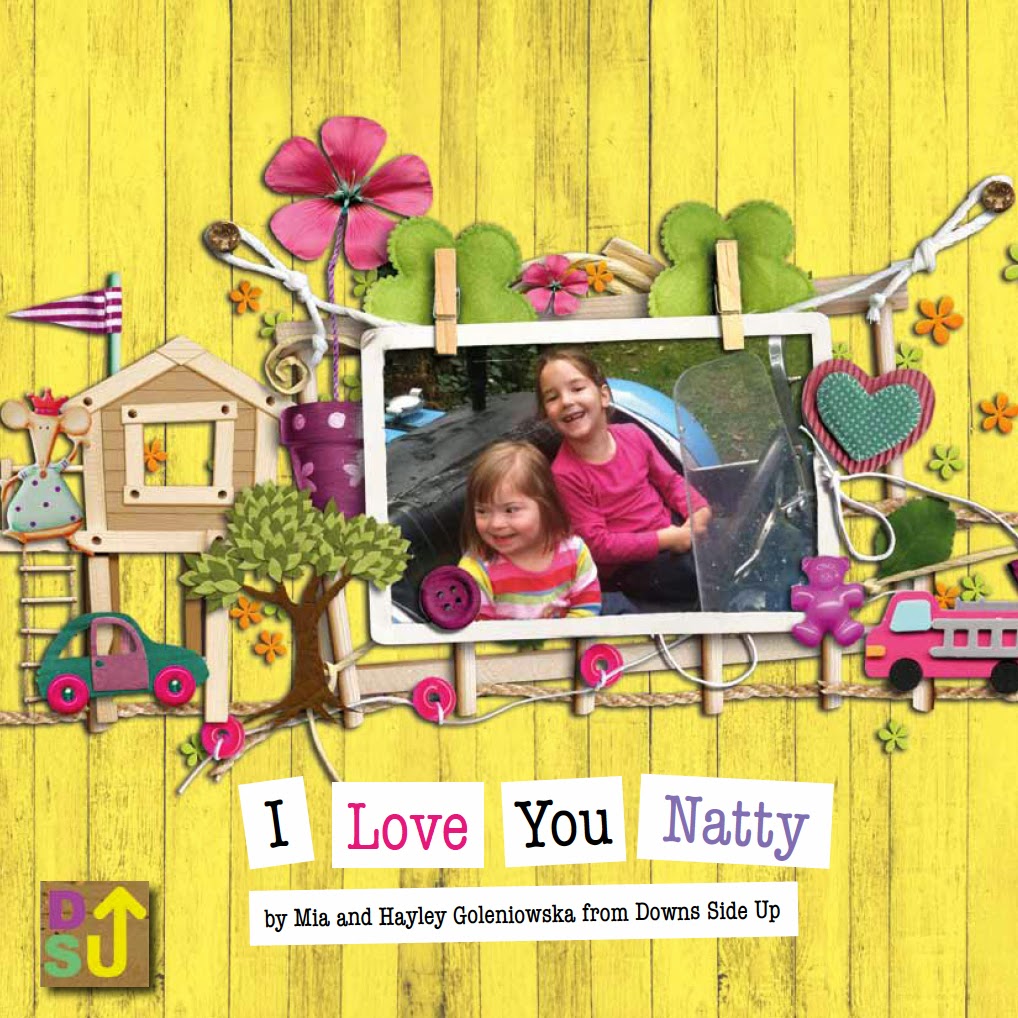 You can buy Mia's book I Love You Natty: A Sibling's Introduction to Down's Syndrome on Amazon here.