A Bare Naked Update: Downs Side Up Uncovered

Most of you are aware that just over a week ago I was encouraged by Kate @kateonthinice to join in her naked mum a month campaign.  (January and February are out and they are wonderful!)
The idea being we need to celebrate our bodies, whatever they have been through for they are what made us mummies. 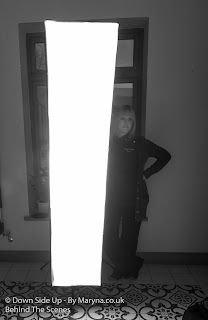 I decided to tie the whole thing up with World Down Syndrome Day on March 21st 2013, raise awareness of the condition, wear the different socks that symbolise the event and tell the world that Mums of kids with disabilities are just like everyone else. Not 'fuddy duddies' as some comediens would have you believe.

Well, I got really excited and suddenly I had a photographer and make up artist donating their services and a date was set in stone.

Then a Just Giving page was started and people donated. Definitely no turning back then.

Then a local film maker donated his time too, to capture the preparations and reasons behind the shoot.


The day came and went. It was nerve-wracking.
I went on BBC radio talking about it.
The video came out, it was brilliantly done.

Many people donated £2 via a text message, people I have never met.

An elderly neighbour of a former colleague donated £50 because 'she wants to see her money used well before she dies'.

A lady we met on holiday a few years back sent me £200. I guess because she was inspired by Natty.

I can't describe how emotional that feels, the generosity of so many wonderful folk.

Where are the naked photos I hear you cry?

Well this week the photos came in.

Well now I have a whole new set of emotions to play with, even scarier than doing the shoot...

Dare I?
Should I?
Is that tooooo much?
Ooouhhh!
Which ones do I share?
What shall we do with them?
Oh gosh, I didn't realise they looked like that in that light!
What will people say?
Is that one offensive?
I really need to do some exercise!
I didn't have to suck my tummy in 20 years ago!
I love that one, but does hubby?
Is he just being polite?
Will I embarrass my kids? (They said no.)

So for now, I'll mull them over. Peek at them every now and again. We have another month until World DS Day and I promise to share at least, well, a few of them then.
Don't worry, I'll get over my stage fright.


Text DSUU47£amount to 70070 if you'd like to back the Downs Side Up charity fundraiser for Down Syndrome International, Downs Sydnrome Association and our local support group.

"Celebrating our wonderful bodies that birthed our beautiful children."

Email ThisBlogThis!Share to TwitterShare to FacebookShare to Pinterest
Down's Syndrome, Down Syndrome, support, parenting Down Side Up, Downs Side Up, Hayley Goleniowska, kateonthinice, naked photo shoot, WDSD13