Relaxing with our Girls

"Right girls, lets make some popcorn and go and sit on the sofa and cuddle up."

It was time to watch Pets with the Xtra Factor Strictly Do the Most Talented Things Whilst Coming to Dine with Me or whatever it is that's on on a Saturday evening these days. Daddy Downs Side Up was away, and we had a girlie evening planned.

We'd been in our pyjamas for the last hour and had just taken our lovingly made meringue for the Big Lunch out of the oven ready for the next day. I was washing the last of the dishes and had poured a glass of something cold, crisp and white in readiness for full relax mode.

The phone rang. Thinking it was Daddy, Mia answered it with an excited "Hiya!" Silence while someone spoke on the other end of the line.

I turned down the radio, wiped my hands dry and grabbed the phone whilst making sure Natty didn't fall from the breakfast bar stool, where she was trying to steal chunks of get a closer look at the cooling pavlova nest.

I knew in an instant what he wanted. LBC often ring when there's a news item about Down's syndrome, and this particular weekend my inbox had been full of people sending me links to the rather skewed reporting of the new 'earlier, safer, more accurate' Down's syndrome screening test.

I'd tried not to read.

This was my weekend with my girls, I know the importance of switching off completely, and I had filed the story in my mind for 'business on Monday'. An emotional, emotive topic, it always pains me to read how 'amazing' it is that we have made another 'breakthrough' in early detection of Down's syndrome, the one syndrome that we are so very afraid of.

"Do you want me to speak about the new Down's syndrome test?" I asked, thinking he'd say "Yes, in the morning."

A split second to sum up if the task was possible. I was pleased LBC were looking for a balanced view. So I agreed.
"OK, I'll do it."

One last thing to check, who the presenter was. Couldn't risk an interview with Katie Hopkins, who had reportedly been taken on by the channel. It was to be the lovely Ollie Man who reminds me a bit of my younger brother. All was well for the go-ahead.

It's a topic I know well and am passionate about. I have a fact sheet spidergram in my desk drawer that I lay in front of me whilst on air to keep me on track. It's well-used.

Well, at least it's radio I thought to myself, and I can stay in my pjs. The adrenaline began to rise to a level which is useful. It's a very vulnerable feeling talking about something so very personal on national radio, but in order to think quickly in an interview you need just the right amount of that hormone.

Then just as I was sending a message to my family to listen in to the show, an email popped in. This time BBC News. This time TV. They wanted a live Skype video link up precisely 15 minutes after the radio interview to chat to Chris Rogers.

OK now I was nervous. I lifted a hand to my bird's nest hair. I looked down at my pjs. I thought of the LBC interview. Could I do it. Could I pull off two interviews and watch two children?

There was a short period of running around trying to find a laptop, then a charger for it, then headphones, then another set of headphones that weren't quite so comedy-large, then remembering my Skype name, nervously running to the loo.. a few times, changing out of pjs into something clean, rubbing some make-up on, smoothing the whispy weekend hair, setting up the sound levels with the BBC engineer, praying the Cornish internet connection would hold out, making sure the phone was on the hook, feeding the dogs to keep them quiet and then explaining to the girls that our sofa date was to be a little postponed.

Then, as the moment approached I heard myself say the most unimaginable phrase. As anyone knows me, I am a stickler for healthy food for the kids, but out of my mouth, desperate for a quiet few minutes to really do our children and our community justice, came, "One phone call and one TV interview girls, you stay in the living room, watch the Saturday night Pets Win Prizes programme and eat AS MANY SWEETS AS YOU WANT. Don't disturb Mummy. I'll be out soon and you can stay up a bit later."

The moments arrived. The interviews were done. They both went well. The questioning was tough at times, but the interviewers understood and learnt something new. They both thanked me afterward for a brilliant contribution.

I mentioned the need for unbiased support when antenatal tests are implemented, without use of emotional or loaded language. Antenatal tests increase stress and often there is little or no couselling given. The test itself is not the problem, it is how it is implemented.

I suggested parents-to-be with a diagnosis could meet a family like ours or chat to learning disability nurses about the realities of what might lie ahead: the joy and challenges of parenting a child with Down's syndrome.

I talked about the fear within the Down's syndrome community that the 91-2% termination rate amongst those who have an antenatal diagnosis reflects a general assumption amongst the medical profession that abortion is the only possible route. Not everyone opts for the tests of course, so it is not 91% of all pregnancies.

I raised the point that adults with Down's syndrome listening to the line of questioning or reading the media coverage would be distraught. That the articles assume that a baby with a learning disability or health issues is automatically worth a little less than one that does not.

I pointed out that the NIPT looks for many complex conditions, not just Down's syndrome, but that is what everyone focuses on because that is the most well-known and common condition.

I dismissed the idea that people with Down's syndrome 'suffer', that it is a condition which is 'incompatible with life'. I explained that it is instead defined as 'as mild to moderate learning disability'.

I talked about everyone's worth, the contribution we all make to society, regardless of our differences, what we all learn from each other. What a sad place the world would be if we do reach a point where we have eradicated Down's syndrome as some countries such as France and Denmark almost have.

When all was said and done, I ignored the online world and everyone throwing their tuppenny ha'penny into the mix, got back into my pyjamas, cuddled up on that sofa with my girls, had a glass of wine, watched some inane telly, ate the sweets that no-one likes in every bag that they had left untouched and felt grateful for what I have, for I am truly the lucky one. 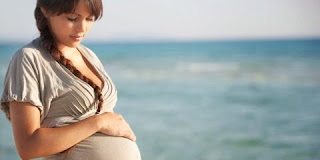 You can also read the wonderful blog post from Daniel Marsden, Learning Disability Nurse on the subject of the media coverage of the test here. Great News on Down's Syndrome Screening?

You can read my letter Dear Mum-to-be, Let's Talk About Down's Syndrome here.

A week later the Mail on Sunday rang for a long chat and a quote. We talked about all the implications of the test, the underlying assumptions made by many supporting parents when screening and delivering results. The piece was about Ground E abortions in general, i.e. all those where the baby has a 'severe handicap' (I quote outdated '68 law) and it made sobering reading indeed. We talked about how I believed abortions for pregnancies after an antenatal diagnosis of Down's syndrome had dipped slightly.

Frank Buckley of Downs Syndrome Education clarifies the stats in his post here, saying there has been no actual rise, but simply the NHS are recording Ground E abortions as such, and not as social abortions, which has hitherto been the case.

Either way, the stats are high and parents are constantly reporting being coerced into a termination which is delivered as the only option. This must stop.

I hope my quote brought a little humanity to the subject. You can read the piece in full here.