Our Busiest Month Ever: Downs Side Up in Brief

The last few weeks have been a whirlwind, and Downs Side Up has run from one thing to another with very little time or energy to enable the fingers to touch this keyboard.

So, in the interests of keeping everyone in the loop (just in case you're interested) here's what we've been up to throughout September and October, from TV to awards to books and beyond.

Natty has featured on the Frugi website as one of their models and part of the #FrugiFamily who road test their clothes! Read all about their inclusive message here.

Natty also had a casting for a Coop TV advertisement, but was rather reluctant to eat the tomatoes that the remit stipulated! She didn't get the gig, but wonderfully another little boy who has Down's syndrome did and you can see the Autumn commercial here. (Although I don't think he liked tomatoes either...)

I am super excited to have been involved in a British Medical Journal first! LD nurse and Downs Heart Group champion Helen Laverty and I worked with Expert by Experience Emily, who has Down's syndrome, to produce the first What Your Patient is Thinking article from the perspective of someone who has Down's syndrome.
Read What a Patient with a Learning Disability Would Like You to Know here.

We featured in Patient Magazine: Having Natalia has Made Me a Better Person.

Then blog post Not All Like Her You Know went a teensy bit viral and featured on the front page of the Huffington Post and was the Mumsnet Blog of the Day. It's about the value of all people, whatever their abilities.

Big sister Mia was interviewed by the Virgin Carers Club. You can read Sibling Carers Stories here and hear more about her book for other children I Love You Natty.

A new book The million Dollar Blog was launched by Natasha Courtenay Smith this month and I am so honoured that Downs Side Up features as a world-changing blog (as opposed to one that earns any money).

Ahead of the BBC Two Documentary A World Without Down's airing, I flew to Manchester with 2 hours' notice to appear on the BBC Breakfast sofa with Dan and Louise. Apparently the adrenaline produced by a live TV appearance is akin to that produced in a car crash. I can confirm that it was indeed a physically terrifying experience. You can watch the interview here.

We've also done an interview with a woman's magazine that comes out weekly (under wraps for now). The feature should appear around Christmas time.

Natty and I also took part in a new series for Radio Two as part of the Listening Project. We talked about beauty and I got pushed out of the studio while she hogged the microphone...

But the most surreal moment of the week was driving along and switching on the radio to hear my voice coming out of Radio Two's Jeremy Vine show as they discussed the documentary. Very odd indeed. 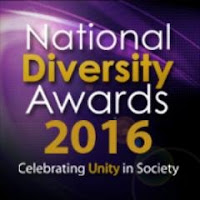 I attended a fabulous National Diversity Awards ceremony in Liverpool Cathedral along fellow finalist with Sally Phillips, and other champions Clare Minnet, actor Tommy Jessop, Victoria Woodham and Emma Lambert from Future of Down's, film maker Clare Richards and others.

Downs Side up was up for Female Role Model and Sally was up for Celeb of the Year. Huge honours.


What an incredible and inspiring evening indeed! And a huge thank you to the lovely people at Great Western Railway for donating part of my train journey to get there. 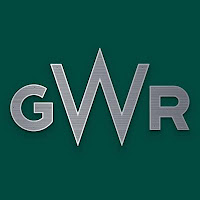 Downs Side Up was also shortlisted for Campaign blog of the year in the Mumsnet Blog Awards for the second year running and we're honoured to have been nominated for a UK Blog Award in the Healthcare Section as well. Thank you for thinking of us.

Chatty Natty reaches increasingly large audiences every day. Join us week nights at 7pm over on Facebook for fun, tips and giggles. I've you haven't caught us live yet, you really must!

A World Without Down's Syndrome?

The documentary finally aired. It created shifts and changes and conversations the like of which I have never seen before. I am still feeling overwhelmed and emotionally drained, but will write more about the impact of the film we played a small part in along with the incredible Sally Phillips who wrote and fronted it. You can watch on iPlayer here. Possibly with cake.

Everyone involved has been inundated with messages of support, of re-thinking and of wanting to work together. Because together we are gently changing perceptions of Down's syndrome. However, we've spent much of the month feeling like this:

We interviewed film maker Clare who was the woman behind the camera and edit here.

Going to School book was launched by our local support group here in Cornwall and was put into every reception child's book start bag! Exciting and inspiring news.

I also became a mobility products company Firefly columnist and affiliate blogger. So proud to be a part of their team. Pop over each month to read our musings on special needs parenting. 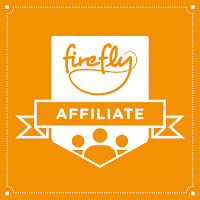 I also hope to see you at Mumsnet Blogfest next month for a SEN bloggers round-table that I'm hosting. See the other speakers at this prestigious writing event here.

Mencap celebrate their 70th anniversary. As a Mumbassador for the charity I was invited to a celebration in the House of Commons, but sadly I am feeling just a little too jaded around the edges to attend... I wonder why.

Watch out for Mencap's latest Here I Am campaign too, kicking off with this powerful ad featuring DJ Casey Rochell.


And lastly (I think), we are excited to announce that the same charity are selling our book I Love You Natty in their Christmas catalogue this year.